Manchester United have been given some great news in regard to Alexis Sanchez, as the Chile international looks to be battling for fitness ahead of United’s clash against Tottenham Hotspur at Old Trafford on Monday.

This is according to The Sun, who note that the former Arsenal talisman is upping his efforts in order to be fit for Jose Mourinho’s side’s clash against the north London outfit.

Should Sanchez be declared fit for the match, it will surely come as a huge boost for Mourinho and the Reds, as Mourinho previously stated that he thinks the Chilean will be out for “one or two weeks maximum” after picking up an injury in training last week.

READ MORE: Anthony Martial has change of heart and wants to fight for his place at Man Utd

Sanchez posted a picture to his Instagram story, with the caption “training to be back soon,” which should excite United fans given the incredible pre-season tour he had in the United States this past summer.

If he can replicate that form over the course of the season, he will leave the vast majority of his critics eating their words.

And, this is why United went out of their way to sign Sanchez in January. We even beat clubs that had previously been working to secure his signature, almost hijack-esque.

Check out Sanchez’s Instagram update below. It’s good to see a smile back on his face, but, hopefully, he’s smiling again on Monday night after scoring a winner against Spurs. 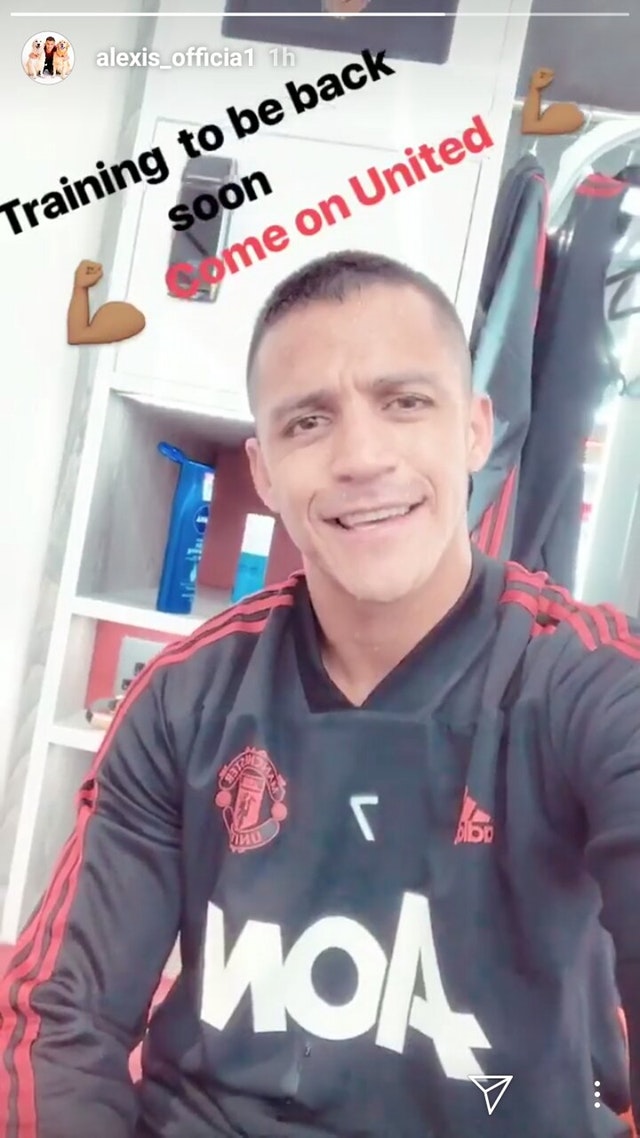 Though Sanchez has not been at his best since joining United last January, there is a view with a full pre-season under his belt, we should start seeing the best of him.

United, having lost to Brighton last weekend, will be desperate to avoid another defeat against Spurs, especially as they’re a team set to challenge United for a top four spot this year.