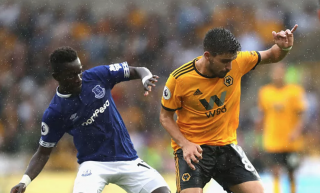 Many Premier League sides have been linked with a move for Wolves midfielder Ruben Neves, including Manchester United, as per Manchester Evening News.

Though it is our rivals, Manchester City, who are making the headlines this morning.

It is being suggested that City will target Neves in the January transfer window, to bolster their midfield options. This news will also come as a blow to Liverpool, who were also linked with the playmaker, according to The Metro.

READ MORE: What is Man Utd? A call to stay United

Neves joined Wolves from FC Porto last summer in a Championship record £16 million transfer, as per BBC Sport, and he has since gone on to appear 44 times for the club.

The 21-year-old was a vital part of Nuno Espirito Santo’s starting line-up last year in England’s second tier and he quickly developed a reputation as a creative player with a penchant for scoring from long range.

Born in Portugal, Neves scored 6 goals from outside the box during his first year at Wolves as they gained promotion to the Premier League. And, already in his first two top-flight games, he’s making a mark for himself.

If Espirito Santo’s side is to avoid relegation this term then the young playmaker is a necessity to this side but according to The Sun, City could be poised to pry him away from the club in January with a £60 million bid.

Pep Guardiola’s champions tried to sign Jorginho, who ended up leaving Napoli for Chelsea instead, so the Catalonian boss reluctantly made do with his current options in holding midfield, The Sun also claims.

The same newspaper goes on to suggest that City might consider using Neves to play in that deep-lying midfield role alongside Fernandinho.

City have started the season well with two convincing wins from two, with the first against Arsenal to set Unai Emery back further as new Gunners manager.