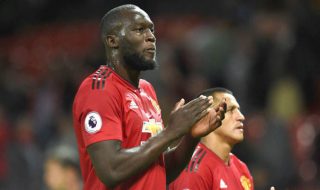 Brighton will be hoping to get their 2018/19 season up and running as they welcome Manchester United to the Amex Stadium this evening.

Chris Hughton’s side didn’t make the best start to the season, falling to a 2-0 away defeat to Watford last week.

The Irish manager will be expecting a reaction from his side, especially after beating United 1-0 last season. Hughton was asked about playing against the Reds: “The last game against them was our last one at home and our fans will rightly remember it. The supporters have been excellent and we know they’ll be great against this weekend.”

Hughton didn’t finish there. He also heaped praise on United manager Jose Mourinho: “He is one of the best managers if you look at the record he has of winning things. And I think when you are that type of manager you are going to be in the spotlight far more than others and everything is going to be picked up.

“They got off to a winning start last season, which is something they do on a regular basis. I just think he’s a very high-profile manager. But he’s managing a team that are more used to winning than losing.”

Hopefully, the lads can get another win under their belt this evening. Brighton have yet to score a goal this season and we want that to continue to see David de Gea get his first clean sheet of the season.

The United line-up is as follows:

3⃣ changes from the opening day win over Leicester – what do we think, #MUFC fans? #BHAMUN pic.twitter.com/9JvGhIatg9