Manchester United travel to the south coast to face Brighton for our first away fixture of the season having got off to a winning start against Leicester City.

The Reds were without six first team players for the tie with the Foxes, and none of them are expected to return against Chris Hughton’s side.

I’m not expecting many changes to our starting line-up for the trip to the AMEX Stadium – our longest journey of the season.

Brighton strengthened their squad considerably during the summer, adding two international strikers and a Champions League winner to their squad. Martin Montoya, Alireza Jahanbaksh and Florin Andone could all make debuts, but what of Mourinho’s United?

David de Gea is the first name on the team sheet, and after a poor World Cup was back to his best against Leicester.

In front of him, Matteo Darmian will continue at right-back and Luke Shaw is set to keep his place on the opposite flank after impressing last Friday, although Ashley Young is in contention to return. Marcos Rojo is injured. I can’t be doing with another season of Chris Smalling and Phil Jones, so the centre-back pairing should consist of the same pair we had in the first tie – Eric Bailly and Victor Lindelof. It’s early days yet for a partnership that started together competitively for the first time last week, but I liked what I saw.

Our midfield, too, is likely to remain the same, with Andreas Pereira – fresh from a combative performance – to again start slightly deeper, with Fred and Paul Pogba, set to be captain again, pushed further up.

Across the front three, Marcus Rashford is set to be shifted to the right, so expect him to cut in a lot, and Alexis Sanchez is in line to start although he could be faced with competition from Anthony Martial on the left flank. Romelu Lukaku got 23 minutes as a substitute in our opening game and is set to start up front ahead of Juan Mata who will drop to the bench. 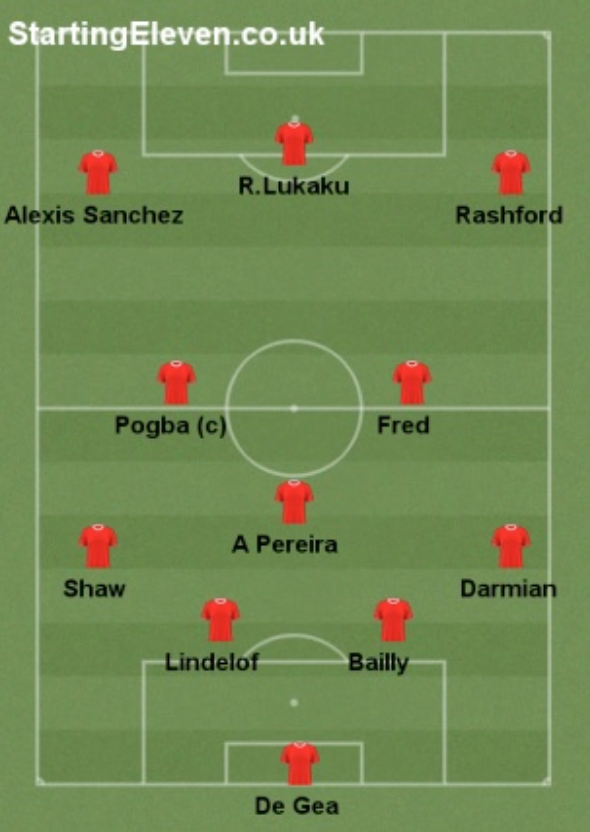