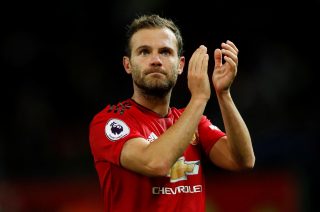 Every year, Republik of Mancunia releases a season preview to help raise money for the Trafford Macmillan Wellbeing Centre.

Founder and editor of RoM, Scott Patterson, says they have managed to raise over £6k for this great cause after asking a range of writers and journalists to volunteer their time for free.

For instance, the 2018/19 edition contains an interview with Juan Mata, who speaks to Patterson about a range of topics, from living in Manchester to the toughest opponents he’s faced as a professional footballer.

When asked if he could play alongside one former Manchester United player, who would it be and why, Mata gives an excellent response, as per RoM.

“Eric Cantona. There is something really special about him and I would have loved to play with him. The King.”

Mata may not be the quickest but Cantona would definitely feed on his exquisite through balls and link-up play in and around the attacking areas of the pitch.

The Spaniard’s highlight as a United player hardly comes as a surprise either. Mata briefly mentioned the brace he scored against Liverpool at Anfield.

“It is an incredible feeling to be a Red and I am very proud to represent this great club. If I have to pick some important moments for me I would say the debut against Cardiff City, the game against Liverpool at Anfield where I scored a brace and the goal in the FA Cup final against Crystal Palace.”

The full interview is available here.