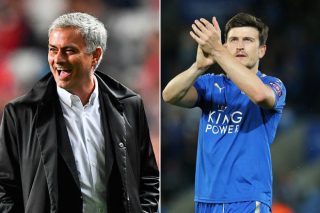 Harry Maguire is poised to sign a new £75,000-a-week deal with Leicester City as a reward for his performances at the World Cup, according to The Daily Telegraph.

Maguire was a revelation for England at the World Cup this summer and emerged as a top transfer target for Manchester United, who were desperately seeking a new centre-half in the closing weeks of the summer window.

However, Jose Mourinho did not get the backing he would have liked from Ed Woodward and United failed to sign a centre-half before deadline day.

That said, attempts were made to get deals done — just not enough.

Leicester successfully fended off interest from United after slapping a £75 million asking price on the 25-year-old’s head and are now in advanced talks with extending the defender’s contract.

He still has five years remaining on his existing contract after joining from Hull City a year ago for just £17 million, but he is now set for a bumper payday under the terms in the Foxes’ proposed new deal.

It remains to be seen whether United will go back in to sign Maguire in January or next summer.