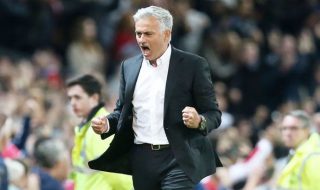 As revealed on the official Manchester United website, Jose Mourinho doesn’t expect any of the six injured players who missed the season-opening win over Leicester City to return against Brighton this Sunday.

Sergio Romero, Antonio Valencia, Diogo Dalot, Marcos Rojo, Ander Herrera and Nemanja Matic all missed the 2-1 victory over Claude Puel’s side, as the Reds got off to a winning start.

Speaking to the press after the game, Mourinho said he does not expect any of them to return in time for when United travel to the Amex Stadium for United’s first away trip of the 2018-19 season.

However, the boss expects his returning World Cup players will be ready after a full week of training.

“Normally, these boys that [against Leicester] were in a difficult situation will be ready to give a bit more [against Brighton] – more [Romelu] Lukaku, more Rashford, probably Lingard coming back, more Fellaini. I think normally we’re going to have more.”

Brighton suffered a 2-0 away defeat at Watford on the opening weekend and they host United in search of their first goal of the season.

Manager Chris Hughton will be without captain Bruno, who was forced off early last week with a hamstring injury.

Brighton vs United kicks off at 16:00 on Sunday and will be broadcasted on Sky Sports.