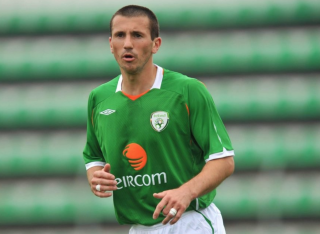 The Liam Miller Tribute Match is a complete sellout, with organisers confirming on Tuesday that all 45,000 tickets have been snapped up.

This includes the 7,300 tickets sold for Turner’s Cross, which was the initial venue before the GAA eventually agreed to allow the game to take place at Páirc Uí Chaoimh.

A Manchester United legends team will take on a combined Republic of Ireland-Glasgow Celtic selection on Tuesday, 25 September.

The United team in question will be led by former club captain Roy Keane.

“We are absolutely thrilled that so many people are supporting this wonderful event in Páirc Uí Chaoimh,” said Michael O’Flynn, chairman of the organising committee.

“We would like to thank everyone again for their fabulous support. It’s a ringing endorsement of the GAA’s decision to donate the use of their stadium and we thank them wholeheartedly.

“This will be a unique sporting occasion in Cork, not only because of the calibre of the soccer stars who will be taking part, but also because it will feature both soccer and GAA sports at the same time.

“It will be a fantastic tribute to Liam Miller who was one of Cork’s sporting heroes and a great celebration of sport in Cork.”

Ryan Giggs, Paul Scholes, Louis Saha, Rio Ferdinand and Gary Neville are among those selected to feature in the tribute match.

27 hours after the tickets went on sale, the Liam Miller tribute match has sold out. There will be 45,000 at Páirc Uí Chaoimh on September 25th.