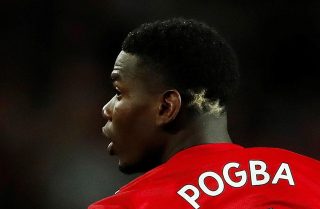 What a strange obsession.

BBC Sport pundit Garth Crooks has seemingly picked up from where he left off last season with regards to his criticism of Paul Pogba’s hair.

As noted by The Telegraph, it isn’t the first time that he has aimed his criticism at Pogba’s appearance rather than his football and this wasn’t the only occasion he did so last season.

Bizarrely, despite the fact that Pogba was crucial in United’s 2-1 win over Leicester City on Friday night and that Crooks even selected him in his BBC team of the week, he has still managed to find room to criticise the Frenchman’s hairstyle.

Pogba opted to go with two stars on the side of his head to signal the two World Cups that France have won, having played an instrumental part in that himself too.

Despite his influence this summer to now be crowned as a World Cup winner and his impressive start to the season in a United shirt, Crooks has again criticised him over something that is completely irrelevant. Especially if he’s performing on the pitch.

“Mourinho is wise to be cautious,” Crooks wrote in his weekly team of the week column on BBC Sport. “The two stars meticulously etched in Pogba’s haircut (and you know how I hate his haircuts) signify France’s World Cup successes and suggest his ego is very much alive and kicking post-Russia.”