In fairness, aside from the questionable decision to throw Kyle Walker in as a centre-half – instead of the excellent Eric Bailly – it’s difficult to disagree with many of his calls, albeit I’m sure some supporters will have their say on his selections one way or other.

David de Gea gets the nod between the posts after putting a difficult World Cup behind him. He was called upon a number of times for Manchester United against Leicester City on Friday night.

The Spanish no.1 is joined by Luke Shaw at left-back and deservedly so. His winner against Leicester handed the Reds three points to kick-start our season and if he can keep up this form, Ashley Young won’t find it easy to get back into the team.

Paul Pogba is joined by a tenacious Roberto Pereyra who scored twice in Watford’s win over Brighton, and Wolves star Ruben Neves.

To conclude, it’s no surprise to see none of United’s front three from the Leicester game selected. 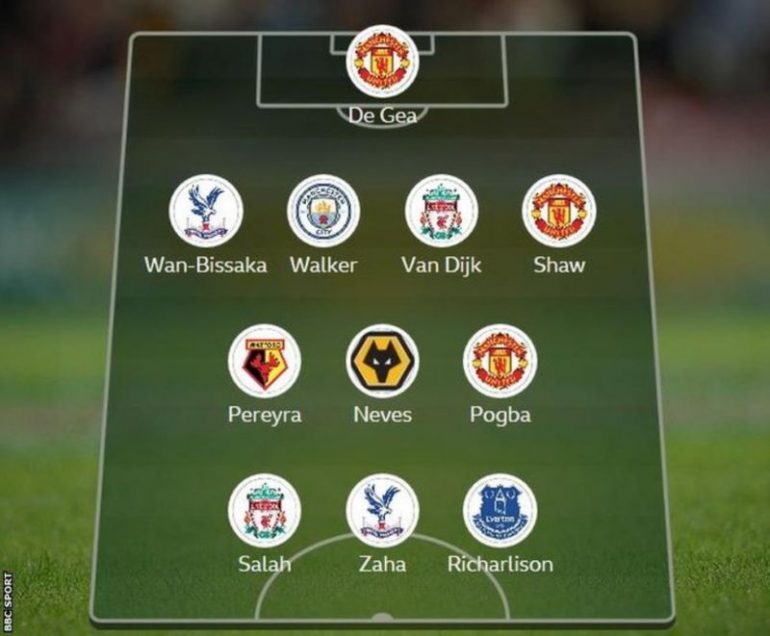