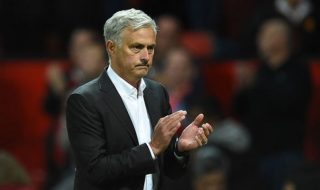 Manchester United hope to appoint a director of football once the club completes its current restructuring.

It has been in the pipeline for some time, though whispers within the club previously suggested whoever takes the role won’t have much dealing with the first team.

The Guardian reports that the Reds plan to revamp their recruitment policy and while Jose Mourinho and current executive vice-chairman Ed Woodward will continue to be involved heavily in identifying and signing targets, the new director will be tasked with streamlining the process.

However, we are of the belief Woodward should be removed from his duties involving identifying transfers. What does a businessman like Woodward know about footballers before, during or past their prime?

United have never had a director of football before but it’s a role that many European clubs are adopting nowadays. Manchester City appointed Txiki Begiristain in 2012 to much acclaim.

Why is there a need for a DoF?

Managers seldom last longer than a couple of years in any job, so there is a need for a middleman between the dugout and the hierarchy to keep the ball rolling.

It is not known whether Mourinho will still be the manager when a director of football is appointed, but the Portuguese tactician may be expecting the change as he hinted at being no more than a head coach after Friday’s win over Leicester.

“I had my plans for many months and I find myself with the market closed in a situation I did not think I would be in,” Mourinho said. “I think football is changing and managers should be called head coaches.”