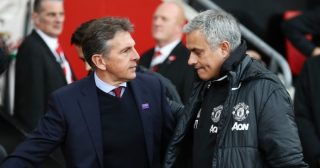 Manchester United plan to put a disappointing summer behind them when they kick-off the 2018/19 Premier League season against Leicester City at Old Trafford on Friday.

While the transfer market was underwhelming for the club and its fans, Jose Mourinho’s men won only one of their six pre-season matches in 90 minutes (they beat AC Milan on penalties).

The Foxes are underdogs to get their new season off with a win at Old Trafford, but United will be without some of their 2018 World Cup stars, who have just returned from their holidays, therefore, are unlikely to be fully match fit.

Some of United’s World Cup stars will be ready to feature against Leicester. Marcus Rashford, Phil Jones and Victor Lindelof each made their first pre-season appearance against Bundesliga champions Bayern Munich.

Mourinho missed Romelu Lukaku’s efficiency at leading the line whilst on tour, though it has not been suggested by the boss that he will feature in the league opener. The same goes for Paul Pogba, Jesse Lingard and Ashley Young.

Samuel Luckhurst for the MEN had a go at predicting tonight’s starting eleven via his Twitter account.

Even though Leicester finished ninth last season, Puel’s future was at one stage in doubt. It will be interesting to see what the board expects from the Frenchman this season.

Puel will be delighted to have Harry Maguire in his squad for the game following a summer of torment, with United heavily linked with the England centre-half. Stretty News sources understand that Maguire was keen on a move, which never materialised.

The Reds are unbeaten in eight matches against Leicester and haven’t lost to the Foxes at Old Trafford since January 1998. We expect that run to continue with a 2-2 draw.

Let us know your scoreline predictions in the comment section below.