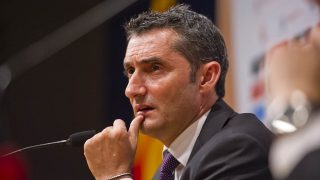 Barcelona reportedly still have hope they can prise Paul Pogba away from Manchester United before the transfer deadline passes for Spanish clubs at the end of August.

The French international has returned to training with United after an incredibly successful season, which saw Les Bleus win the World Cup in Russia. Now, it is time for Pogba to showcase his best performances at Old Trafford.

Whether his form over the summer was down to preferring Didier Deschamps’ tactics, which, if you ask me or most people, isn’t too dissimilar to Jose Mourinho. But that doesn’t explain why Pogba is so inconsistent in a United shirt.

Nevertheless, there is no denying the quality that the 25-year-old possesses, and he will undoubtedly be expected to lead this United side into the new season. More ought to be expected from a World Cup winner.

According to Mundo Deportivo, United could still come under pressure from Barcelona to keep Pogba this month, as it’s claimed that the La Liga champions still want the superstar. They also claim that he is eager to leave Manchester.

However, sources close to Stretty News told us last night that Pogba is going nowhere. The former Juventus midfielder can’t be replaced now with the Premier League transfer window shut and he’s worth way too much to United – from a commercial and football point of view.