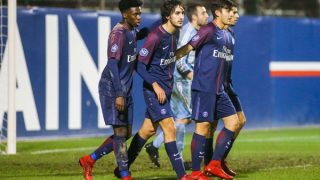 Paris Saint-Germain are pushing ahead with their move for Jerome Boating, according to ESPN sources.

It is believed that Thomas Tuchel wants to add Boateng to his defensive options, with the report also claiming an agreement has already been reached with the Bayern Munich centre-half over a move to PSG after talks began prior to the start of the World Cup.

Manchester United have also been tracking defenders, including Boateng, with Jose Mourinho adamant about bolstering his defence. With a couple of hours remaining for Premier League clubs to get their deals done, that is looking increasingly unlikely.

Sport Bild reported that Boateng will be represented by agent Christian Nerlinger in talks with PSH director Antero Henrique on Thursday as a deal moves closer.

Moreover, a report from Le Parisien said that PSG and Bayern could agree a €45 million fee after negotiations began at €60 million.

The 16-year-old has received a professional contract offer from PSG, but he wants to consider his options.