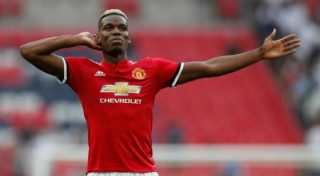 Contrast to recent reports, Julien Laurens has told ESPN that Paul Pogba is happy at Manchester United and wants to stay.

The ESPN reporter puts recent reports that Pogba wants to join Barcelona down to the player’s agent, Mino Raiola, wanting to make noise around the player after his triumphant summer, as France won the World Cup in Russia.

Pogba played a central role in that team and acted as a leader to many of the younger players in Didier Deschamps’ squad. It is believed that his relationship with United manager Jose Mourinho could be better, contributing to stories that the Frenchman is unhappy at Old Trafford.

But, thankfully, that no longer appears to be the case. Pogba has a lot of unfinished business at United and before leaving the club, it’s only fair to expect him to drive us on a run for the Premier League title after all the money he cost.

Not that anyone can blame Pogba for costing a significant amount of money, the player knows what is expected of him. Running off to Catalonia after winning the World Cup would leave a bad taste in many people’s mouths.