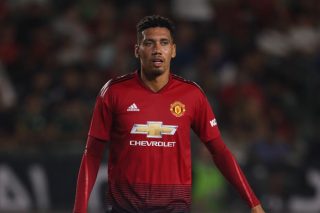 Jose Mourinho does not expect any incomings on deadline day, which means Manchester United could end the transfer window with just three signings.

The three arrivals – Diogo Dalot, Fred, Lee Grant — came early in the market, but Ed Woodward has failed to build on that, with Mourinho becoming increasingly frustrated with the club’s lack of activity in the market.

Mourinho was adamant about signing a centre-half and he also wanted a left-back. He gave Woodward his list of targets in April, along with a separate list of players he wanted sold. The club’s vice-executive has failed on both accounts.

As a result, fans were looking forward to Thursday’s press conference but it’s the next one that will tell more. Woodward has just hours to set the record straight or we fully expect Mourinho to hit out next week when asked by the media.

It’s only right. Why should Mourinho be the one to take all the blame? The Glazers should also be held accountable for recently extending the manager’s contract but not backing him in the market.

Anyhow, to lighten the mood I stumbled across a tweet last night that had me in hysterics.

Calvin Betton, a United fan, takes a pop at United’s search for a centre-half which has dragged on all summer and seen us linked with every defence to play the game.

He said: “If Chris Smalling wasn’t currently at Man Utd, Man Utd would currently be bidding £40m for him.”

If Chris Smalling wasn't currently at Man Utd, Man Utd would currently be bidding £40m for him.