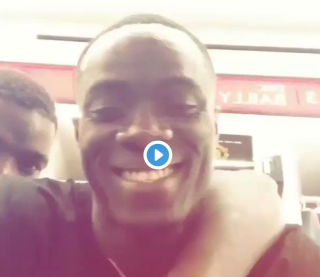 Paul Pogba has returned to training in Manchester as speculation heats up about a potential transfer to Barcelona.

The 25-year-old returns on the back of a successful summer, which saw France win their second World Cup ever. The first time Les Bleus won the tournament was back in 1998 when former Manchester United goalkeeper Fabien Barthez was the first-choice goalkeeper. However, Barthez didn’t join United for another two years.

Moreover, Pogba scored for France in their World Cup final win over Croatia this summer. He looked a lot more convincing in a France shirt than Red, but that should change this season.

A video is doing the rounds online of Pogba with Eric Bailly and looking pretty happy with life despite talk that he could be set to switch clubs.

For instance, the Daily Star yesterday claimed agent Mino Raiola was set to discuss a deal with United to bring Pogba to Barcelona for £100 million.

Mundo Deportivo in Spain have also reported the former Juventus midfielder is keen to replace Andres Iniesta and play alongside Lionel Messi at Barca.

We can’t see United selling their star man on the back of a World Cup triumph. No way, I’d rather see Phil Jones take corners all season.

See the video below: