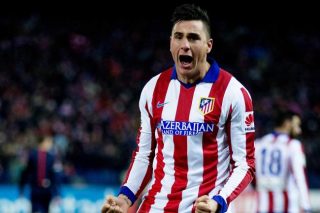 Manchester United may turn their attention to Atletico Madrid’s centre-back Jose Gimenez if they can not agree on a deal to sign their first choice target Toby Alderweireld, according to Independent journalist Miguel Delaney.

Jose Mourinho has a long-standing interest in Gimenez, however, a move for the 23-year-old Uruguayan would be difficult to complete with just three days of the transfer window remaining. Atletico are likely to demand a huge fee for a player who is coveted as one of the best young central defenders across Europe.

Toby Alderweireld remains Mourinho’s first choice and United are still pressing ahead with a move for the Belgian according to Delaney’s report.

Tottenham are willing to sell their 29-year old defender, but for a fee of around £55 million, which United have not been able to match. The World-Cup semi-finalist has his heart set on a move to Old Trafford and is even willing to run down the final year of his contract at the North London club if it means a move to Manchester next summer. United will be hoping will be hoping Tottenham will finally agree on a fee for the player who would otherwise leave for free next season.

Such is the frustration of the Alderweireld situation, United have a had to look elsewhere in case a deal is not done with Jose Gimenez and Bayern Munich defender Jerome Boateng seen as Jose Mourinho’s realistic alternatives with just three days of the transfer window left.

United have also reportedly been priced out of a move for Harry Maguire with the club not willing to match Leicester’s £75m valuation for the Englishman.