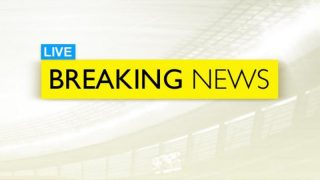 Anthony Martial looks set to remain at Manchester United, despite his agent claiming the Frenchman wished to leave Old Trafford this summer.

Simon Stone of the BBC states that it is looking increasingly likely Martial will be a United player beyond Thursday, with the club not actively looking to sell at this moment in time.

In addition, it is looking increasingly likely Anthony Martial will remain @ManUtd beyond Thursday. Club not actively looking to sell at this stage.

Martial didn’t travel to Munich with the rest of the squad and instead found himself training at Carrington. He missed a large chunk of the US tour following the birth of his second child, Swan, and missed over 10 days of training as a result.

Stone adds that United are still trying to sign a centre-half to bolster Jose Mourinho’s defence. As Bild report in Germany, Jerome Boating is on the list as the club is determined not to be held to ransom.

It makes you wonder if Premier League clubs would still give a majority vote to shut the transfer window prematurely?