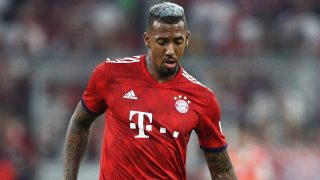 Arsenal are reportedly among the clubs in the running to seal the transfer of Bayern Munich defender Jerome Boateng this summer.

This comes hours after Bild claimed that the Reds had opened talks over a deal with the Germany international.

That makes us one of the main names in the running for Boateng, as well as Leicester City’s Harry Maguire and Tottenham Hotspur’s Toby Alderweireld.

It’s now being reported by Kicker that Arsenal are targeting Boateng, who would cost an estimated €50 million.

Despite flopping at Manchester City between 2010 and 2011, Boateng has been a major success at Bayern, winning six Bundesliga titles, the DFB-Pokal three times, and the Champions League in 2013.

Arsenal could do with some winning experience in their squad as they look for a fresh start under new manager Unai Emery.

With Shkodran Mustafi, Calum Chambers and Rob Holding already competing for places at the back, singing Boateng would be quite a statement and it would also give Arsenal a new look in defence.

The Gunners are hoping they can compete with both Manchester clubs, Liverpool, Chelsea and Spurs for silverware next season.

United, on the other hand, should look to get a deal done for Alderweireld in the coming days. That transfer would not only strengthen the Reds but weaken a domestic rival at the same time.