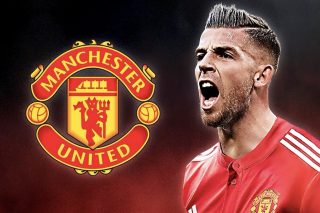 Pilger stated that the deal could be wrapped up next week and now The Mirror believe Alderweireld will be a United player within the next 48 hours.

Someone of high authority at one of the clubs is leaking this information, so it’s hard not to get excited given United’s need for a high calibre centre-back.

And, Alderweireld fits that description.

Jose Mourinho has been unhappy with the club’s lack of activity in the transfer market, although it will be a relief to the boss that Ed Woodward has finally got to work by landing his prime defensive target.

Of course, we shouldn’t get ahead of ourselves and try to hold in the excitement until the dotted line is signed with Alderweireld’s signature. But some are struggling to hold it in.

Here’s how United fans are reacting to the news on Twitter:

Can’t wait to see Toby Alderweireld in red and have him play alongside Eric Bailly.

I am hoping Man Utd announce the signing of Toby Alderweireld on Monday!🙏🏻🇧🇪🔜👹🤝✍ #MUFC #Alderweireld

Looks like the Toby Alderweireld transfer to Manchester united is happening. Top defender right there. Just how we need it. #MUFC

Funny how once Bonucci got announced as a Juventus player, Man United reignited their interest in Toby Alderweireld… Signs of a 1st choice/2nd choice? #mufc

Either way, Toby Alderweireld is a class signing . The leader we’ve been lacking. Provided he’s played with Bailly and not Chris, full time mong, Smalling, we’ll have a solid defence.