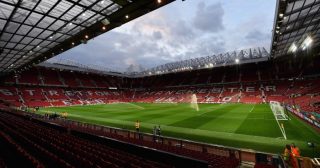 I read your post and have an answer to your question.

Although it’s under pressure from fascism, democracy still exists. The difference between the two is you can be critical of the latter. Criticising democracy doesn’t mean you don’t believe in it or support it with all your heart. Rather, you simply want to improve your democratic existence. That freedom makes it worth living. People miss the point when they tell you to leave if you don’t like things as they are. Not that you ever said that.

Similarly, Manchester United fans can love the passionate, heart-on-his-sleeve Alexis Sanchez and hate the sulking, want-away Anthony Martial. They can blindly accept everything Jose Mourinho says rather than question his thinking. They can believe the league’s second-best defence two seasons running under two different primary centre-half pairings, Eric Bailly and Marcos Rojo in 2016/17 and Chris Smalling/Phil Jones last term, is woeful and new, premium talent is urgently needed rather than remembering that a] Jose Mourinho is a master of defensive philosophy and b] defending requires discipline and athleticism more than technical ability. Translation: any footballer can do it with the proper coaching and time in the gym.

But Manchester United fans can also love the quiet, put-your-head-down-and-do-what-you’re-paid-to-do family man, Anthony Martial, while second-guessing why Mourinho ever wanted another, less productive left winger, even if he does love dogs, when we desperately need someone for the other side. They can cope with Smalling and Jones if Jose would only take some of the pressure off them and David de Gea by adding width and just a bit more freedom to the attack. They can wish for a new manager just as they wished the club would hire someone else, anyone else, before the fact.

Rumour had it Sir Alex Ferguson was one of those. Do you honestly think his mind changed? Or that the media made up all the troubles Mourinho had at Chelsea and Real Madrid? Was that video of him poking Tito Vilanova in the eye doctored? Or that court case with Eva Carneiro fabricated?

They, or rather we, can worry over the club’s future even if we are wrong, every bit as much as you can have faith even if you’re tragically mistaken. And we can do it because we love the club just as much as you supporters who back Mourinho all the way. When you ask why we can’t all back the club, when you really mean the manager, you are asking why we can’t toss aside our opinion and let yours be the only acceptable one.

You can love our club like it’s grown up to be prime minister and moved into 10 Downing. We can love it like a wayward son we must visit in the penitentiary on Saturdays. But our love is equal because disappointment isn’t a factor when we are democratic, not fascist. Just smile at our foolishness and remember we’re part of the same family.

PS. You’re a good writer. You should put your real name on your work.