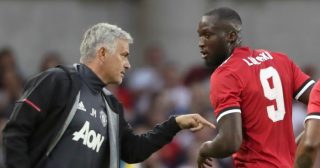 Several supporters took issue with Mourinho’s comments because they believe he should do better in terms of representing the club’s image.

While they have a point, at least Mourinho is being honest with us and the club. This hasn’t been a very good summer in terms of preparation and transfers.

It has been suggested many of times in the past that Mourinho will say bizarre things to distract the media and take the spotlight from his players, although bashing players publicly defeats that purpose.

Lukaku believes Mourinho shouldn’t tame himself for the sake of the media and defends his manager’s right to express his anger.

Speaking to the Business Insider, Lukaku said, as per Manchester Evening News: “People need to understand that we play this game not to lose it. We play this game to win.

“So when you lose, you get angry, you get upset. So for him (Mourinho)… when he’s upset, he’s a type of person that you can really see that he’s mad or angry. So I think this is normal.

“This should be embraced because he’s a manager, he’s a coach that wants to win. And if you can’t deal with that, well, you know, don’t ask him questions because he shouldn’t hide this personality to give, like, a good public image.”

Lukaku is always going to come out and back Mourinho, no matter what, and it’s good for the side to have leaders amongst men to do that.

The Belgian had a strong World Cup campaign this summer, helping this country reach the semi-finals, so hopefully, he arrives back at United fresh and ready to go. It certainly sounds that way.