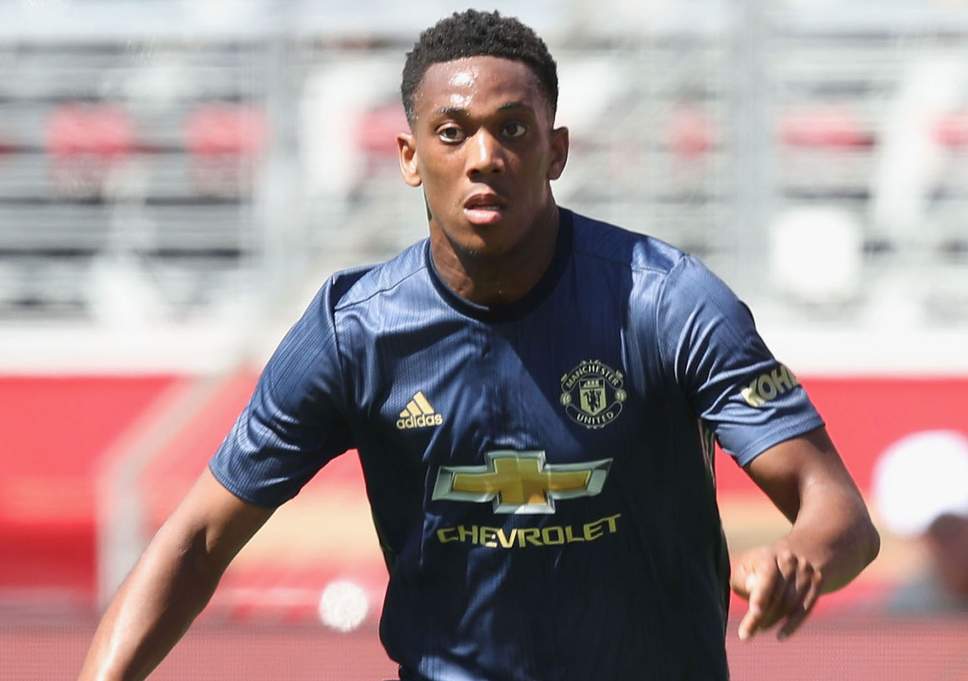 Manchester United manager Jose Mourinho has said he ‘does not know’ when Anthony Martial will reunite with his squad after leaving United’s pre-season tour early for the birth of his child following his side’s 2-1 victory over Real Madrid.

The French winger did play United’s first two games of their US tour but was given permission to leave to attend the birth of his second child. Mourinho believes that Martial should have joined up with his squad shortly after, however, this has not been the case.

It’s fair to say we would be surprised if Martial played for Utd again. https://t.co/Lsg66PsXJ9

When initially asked about Martial coming back, Mourinho avoided the question, preferring to hand it over to press officer Karen Shotbolt, who said: “We’re here to talk about the game.” However, when the United was asked again about the Frenchman’s return for Sunday’s friendly against Bayern Munich at the Allianz Arena, he said: “I don’t know”.

Martial’s future now looks uncertain as ever with a clear breakdown in communication between him and the United manager.

The winger endured a poor campaign last time out, often becoming disillusioned with Mourinho’s tactics and the time he was given on the pitch.

He has been linked with a move away from Old Trafford with Chelsea and Tottenham both deemed potential suitors.

However, United fans would no doubt become more agitated in the knowledge that they have let one of their young talents go to a direct premier league rival. Any deal to sell Martial would have to be accelerated quickly with United likely to need a replacement attacking option, perhaps in the form of Ivan Perisic.

In contrast, Mourinho was happy to have key assets Phil Jones, Romelu Lukaku, and Marcus Rashford back, all of whom have cut short their post-world cup holidays to return.

“Marcus Rashford,  Jones and  Lukaku  gave up three days of their holiday, so they’re coming back three days early to try and be available for the team.”

Attacking midfielder Jesse Lingard is also expected to be back for Sunday’s friendly after being pictured in the stadium for United’s 2-1 win over Champions League winners Real Madrid in Miami.