The 19-year-old signed a long-term deal with the Reds in July after arriving in a £19 million deal from FC Porto.

Dalot has yet to feature for United in pre-season after undergoing knee surgery shortly after signing but he has resumed training and should be able to make his debut in September.

Fellow new signing Fred is expected to wear the No.17 shirt this season and Pereira has appeared to confirm Dalot has been handed the No.20 shirt.

In an Instagram story, Pereira showed Dalot wearing the No.20 shirt with the caption: “Soon on the pitch. Baller.” 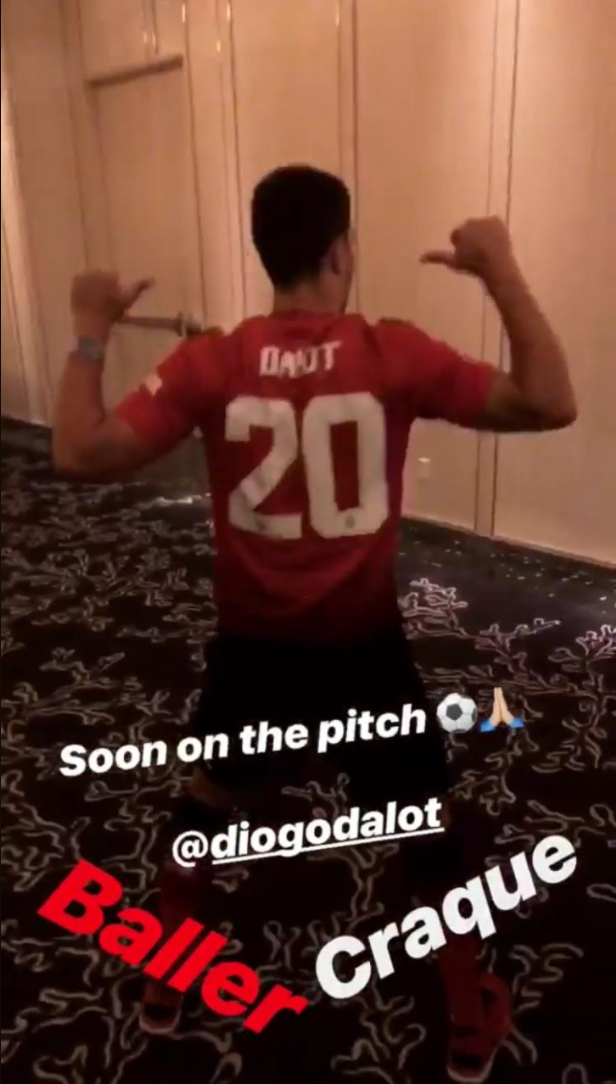 Ole Gunnar Solskjaer and Robin van Persie have both previously worn the number No.20 and United fans are excited to finally see Dalot in action.

Dalot is expected to be an understudy to Antonio Valencia this season, although he is versatile enough to play on the left too, therefore, Luke Shaw and Ashley Young will be looking over their shoulder.