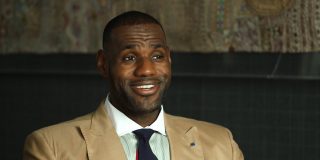 This won’t go down well with Liverpool fans.

After recently leaving his hometown team, the Cleveland Cavaliers, to join the LA Lakers, LeBron James has dropped another bomb.

The Lakers are regarded a sleeping giant the NBA due to their huge history and absence from the NBA play-offs since 2013, so LeBron spoke about how much he enjoys a challenge of bringing the Los Angeles team back to the top.

He compared the Lakers to other sporting institutions, or in his words, “historic franchises.” He includes examples such as the Dallas Cowboys, the New England Patriots, the Boston Celtics and, finally, Manchester United.

There’s nothing controversial about this comment, really, unless you find it offensive to call United a franchise when it’s not technically a franchise.

But the comment has not gone down well with Liverpool fans given the historic rivalry between the two clubs.

LeBron is part owner of Liverpool after he invested $6.5 million in the football club back in 2011.

Sit back and enjoy the reaction to his comment.

Lebron owns 2% of Liverpool and still thinks Manchester United is the most historical football club, I heard no lies. https://t.co/5x1SDtrHhG

Lebron mentioning Manchester United, he really is a man of culture. https://t.co/WuAFJGweKD