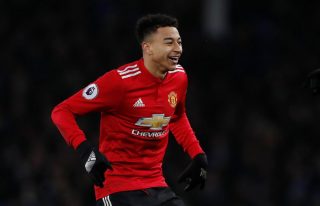 Jesse Lingard will take some tips into the new season from the great Ronaldinho.

The Manchester United forward impressed during England’s run to the semi-finals of the World Cup in Russia, scoring a cracker during the 6-1 win over Panama.

United, on the other hand, have endured an unhappy pre-season to date, with Jose Mourinho letting his feelings known to the football world as he waits for his World Cup stars to return.

Lingard is one of those players enjoying an extended break. In Miami, he found the time to bump into arguably the most skilful player of our generation.

Alongside the photo with Ronaldinho, Lingard wrote: “Thanks for the advice #goal.”

Great to see JLingz take some time out to meet with fans whilst on holiday. We can only wonder what piece of advice the Brazilian legend passed on

Thanks For The Advice 👑 #goat @ronaldinho

If Lingard can replicate his form of last season, or even do better, we will all be very happy.