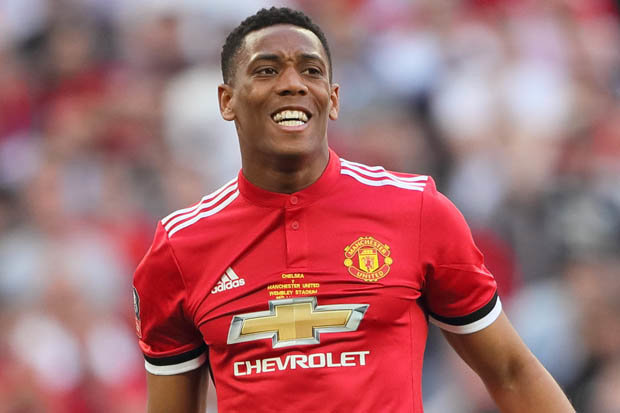 Paris Saint-Germain are said to have rejected the chance to sign Manchester United forward Anthony Martial.

According to Paris United, the Reds offered PSG first refusal of the France international last week, but the Ligue 1 giants rejected the chance to sign Martial due to our high asking price.

Martial’s wages have also deterred PSG, as he is believed is earn £150,000-a-week from his contract at Old Trafford. It’s only normal that he would demand a similar wage package or even more, should he move elsewhere before the transfer window shuts.

Juventus, Chelsea and Tottenham have all been linked with moves for Martial over the summer, although it appears that neither club has made a bid just yet.

While Juventus and Chelsea can probably afford Martial, Spurs’ interest always seemed exaggerated due to the reality they wouldn’t be able to meet his wage demands due to the structure the London club already has in place. Only recently did they give star man Harry Kane a bigger and better deal worth £200,000-per-week, as per The Guardian.

Moreover, Chelsea’s interest presumably came when they feared for Eden Hazard’s future at the club, but a deal could still be struck if both clubs could agree on a swap deal, including Brazil international Willian, who Mourinho is a long-term admirer of.

Juventus, on the other hand, need to sell before they can buy a player of such value after completing a mega-money deal for Cristiano Ronaldo earlier this summer.

Martial made 45 appearances for United across all competitions last season, netting 11 times while the club failed to deliver a single trophy.

The Frenchman left United’s tour of the United States for the birth of his second child, however, everybody remains unsure if he will return to training before the 2018-19 season begins.