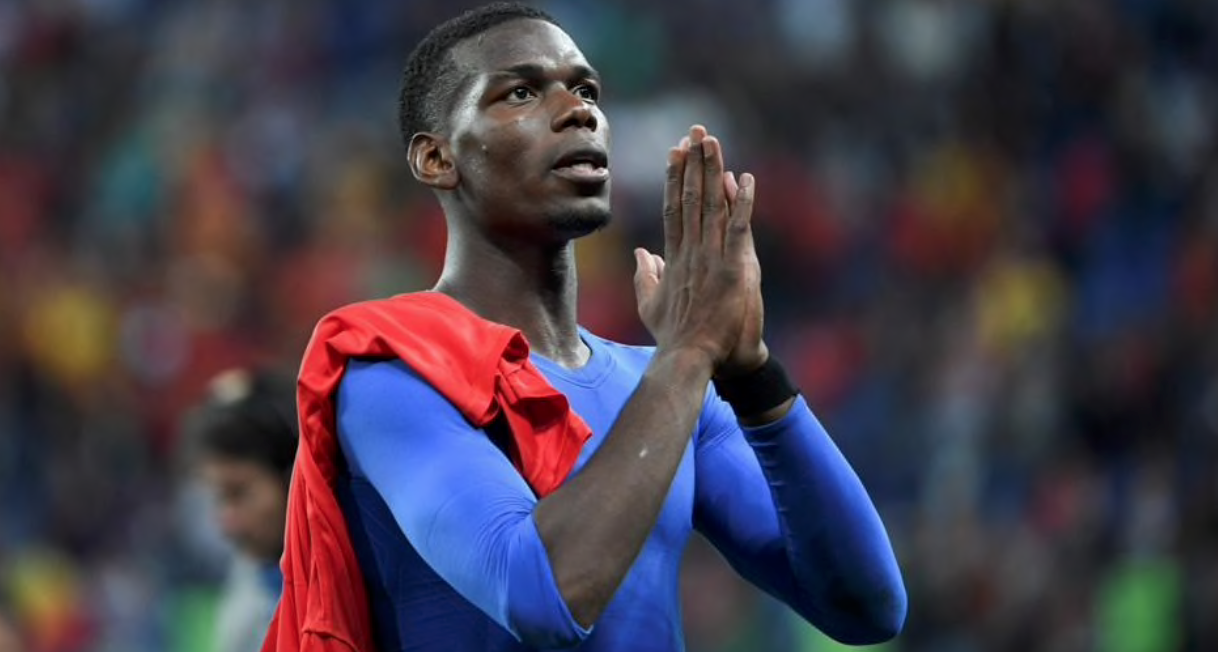 Paul Pogba’s agent is still trying to find the Manchester United midfielder an escape route from Old Trafford this summer, according to Duncan Castles.

It’s fair to say the France international has struggled to meet expectations over the past two seasons following his £89 million move from Juventus in 2016, though after winning the World Cup this summer, there is every chance he could turn it around next season.

Pogba has been unable to replicate his stunning Serie A form and that may well be down to the attributes needed to flourish in the Premier League.

The 25-year-old has time on his side to fix that, as long as he remains a United player.

He has been linked with moves to Barcelona and Real Madrid, as well as Ligue 1 champions Paris Saint-Germain this summer.

“In the background, his agent Mino Raiola is still trying to find an escape route for Pogba,” Castles told the Transfer Window podcast.

“He is offering the player to any large club he thinks might be tempted into making that transfer. Barcelona and Juventus are two of those clubs.

“There are foundations to those stories. The situation won’t be properly resolved until the transfer window is over.”

Pogba has so far won the Europa League and the League Cup since his return to United but the Reds lost 1-0 to Chelsea in last season’s FA Cup final.

There is a lot of work to do in order to make the transfer a complete success. Pogba has unfinished business at Old Trafford and it would be a shame if he were to leave at this stage.