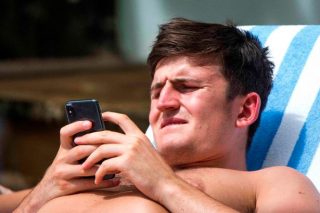 Leicester City defender Harry Maguire is open to the idea of a transfer to Manchester United, according to the Daily Mirror.

The Reds are reported to have approached the Foxes over a £65 million deal for the centre-back.

Maguire, 25, would be interested in making the move but will not force the deal through.

That probably has more to do with his respect for the club and its fans. For instance, we wouldn’t like it if one of our players were to kick off a tantrum because he wanted to play elsewhere.

The former Sheffield United and Hull City man, who set the world alight with his performances at the World Cup, is yet to join up with Leicester for pre-season preparations. He is still out sunning himself in Barbados.

Leicester boss Claude Puel doesn’t want to sell, an understandable stance ahead of the new season because time is running out to find a replacement.

Maguire joined Leicester 12 months ago for £12 million. This is a great opportunity for the Foxes to make a huge profit on the defender.

Time will tell if they’re going to budge.