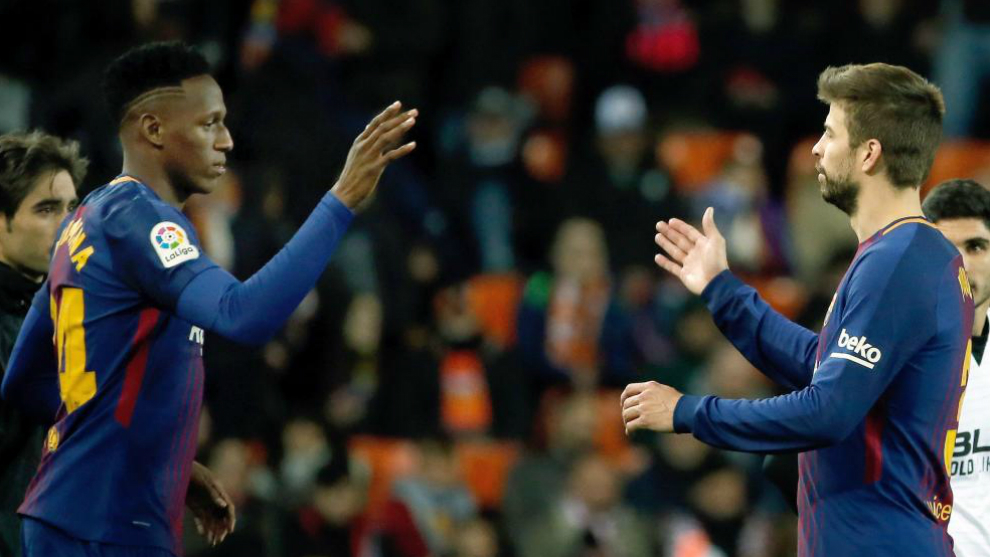 Manchester United have reportedly set their sights on Barcelona defender Yerry Mina as Jose Mourinho continues to target a new signing at centre-back.

It’s questionable as to whether Mina is much of an upgrade on Chris Smalling, Phil Jones, Victor Lindelof or Marcos Rojo. Eric Bailly, on the other hand, is in a league of his own when fit.

Nevertheless, Mourinho believes he needs more defenders at the club, as The Sun report that the Reds will potentially make a £35 million bid for Mina, as an alternative to their top targets Harry Maguire and Toby Alderweireld.

READ MORE: Mourinho’s shock plan for Matic if Man Utd boss doesn’t get his own way

The 23-year-old joined Barcelona in January, but he made just six appearances across all competitions as he struggled to settle and establish himself with the Catalan giants.

That would suggest Ernesto Valverde doesn’t fancy Mina and would consider selling him at some point unless he drastically improves.

Mina had a good World Cup campaign for Colombia getting in on the scoring with three goals throughout the tournament. It could be perceived as being harsh and too premature if Barcelona were to sell him this summer, but stranger things have happened.

United need a centre-back. I’d question whether he’d be the right fit.