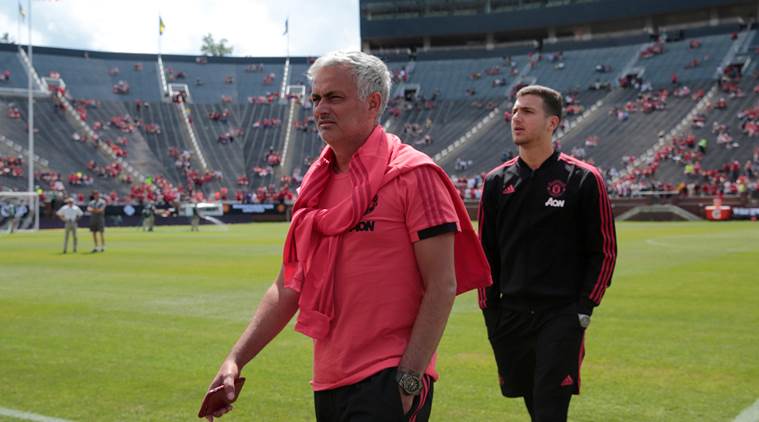 It would be fair to say Manchester United’s pre-season tour is not going to plan. No wins from normal time and a hammering against Liverpool, but things have gotten even worse.

Jose Mourinho must now contend with Nemanja Matic missing the start of the new season.

The 29-year-old played a fundament role for Mourinho and United last season, playing 49 games across all competitions as an almost ever-present in the heart of the midfield.

Mourinho has now conceded that he could be without the former Chelsea man when the new Premier League season gets underway in two weeks.

“Matic came from the World Cup with an injury and the time he had to rest on holiday was not enough to resolve the problem,” the boss is quoted as saying by BBC Sport, who note that the expectation is that the Serbia international will miss the start of the season.

“He went to Philadelphia for a top specialist and he didn’t leave the clinic. He immediately had surgery.”

This just adds to the tension Mourinho is feeling of late with Paul Pogba yet to return to action given his extended break after winning the World Cup this summer. We have no doubt he will be planning excuses about team selections, refereeing decisions and more before it all kicks off again.

Pogba won’t be ready for the first game of the season either, but new signing Fred will surely be thrown into the deep end and expected to hit the ground running with his new team-mates.

To win the title next season already seems too big of an ask for this side, which, after three seasons under Mourinho should be a lot better.