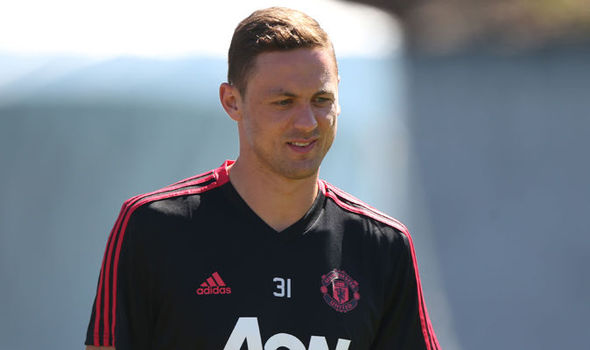 Jose Mourinho is reportedly considering Nemanja Matic as a centre-half if he fails to land any of his defensive targets this summer.

Manchester United have been linked with a number of centre-backs this summer, including Harry Magure, Tody Alderweireld and Leonardo Bonucci, but to settle with a midfielder would be a joke.

That doesn’t say much about the faith Mourinho has in the centre-backs already at the club if such a drastic decision is to be made.

This all comes from the Express, with claims Mourinho is considering Matic for a slot at the heart of his defence.

That begs the question of what he’s planning to do in the middle of the park?

And, before anyone suggests a midfield trio of Fred, Ander Herrera and Paul Pogba, there is no way I can see that happening if Matic is fit.

Even at that, does it leave us in a strong position from last season? I’d argue it would make us weaker to play one of our star players in an unfamiliar position.