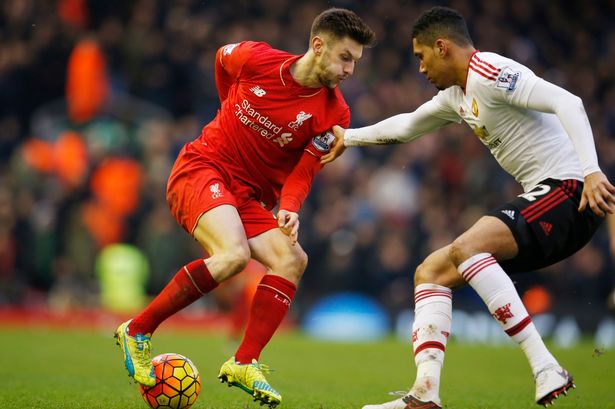 Manchester United vs Liverpool will always be a rivalry regardless of whether it’s a pre-season or competitive fixture. That’s how we see it and Liverpool midfielder Adam Lallana agrees.

We are talking about the two most successful clubs in England football, who go head-to-head tonight in Michigan as pre-season preparations take hold.

“Never, no,” Lallana told Liverpool’s official website when asked if matches against United can be considered friendlies.

Both sides are among the favourites for the Premier League title this coming season, though it’s a huge ask given how Manchester City ran away with the league last term.

“None of these games are, especially when you’ve got the atmosphere and the fans here. It just feels like a normal game and I’m sure that will be the same tonight.”

Except it doesn’t really. The atmosphere at these games is totally different but, yeah, whatever you say Lallana.

Liverpool had a good transfer window and are showing promising signs on tour, with Jurgen Klopp’s men beating City on Thursday.

United, on the other hand, have drawn all three games in normal time.

On Wednesday, the Reds beat AC Milan on penalties, but a win tonight would give us a much-needed boost.

Our Premier League campaign begins on August 10, two days before Liverpool face West Ham. There will be pressure on both managers to deliver silverware this season; especially Klopp, who has yet to win anything at Liverpool.

Roll on tonight and the new season.