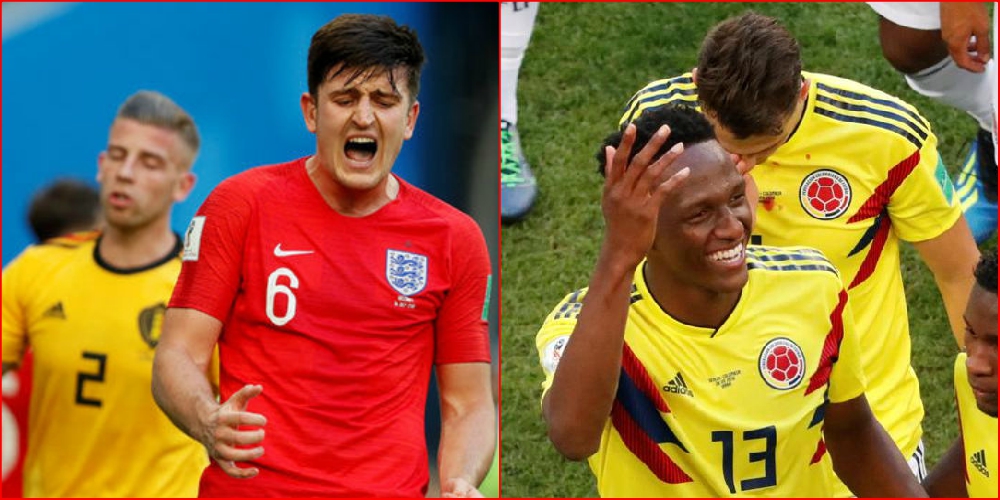 The Reds are seemingly intent on bolstering their defence ahead of the new season, with players such as Chris Smalling and Phil Jones simply not cutting the mustard. Meanwhile, Marcos Rojo can’t stay fit, Victor Lindelof has yet to do it consistently in a United shirt, and Eric Bailly also appears to be made of glass.

That should be enough to persuade Ed Woodward that Jose Mourinho needs solid investment at the back.

As reported by The Mirror, via RMC Sport, United have been tipped to join the race for Mina, who is said to have been the subject of a €30 million bid from Lyon.

The Colombia international impressed at the World Cup this summer, though he did struggle to adapt and settle in Spain after his January move to Barcelona from Palmeiras. That should raise question marks about a switch to Old Trafford.

With Sky Sports noting that Maguire could cost United up to £65 million this summer, it remains to be seen if a deal can be struck for the slab-headed centre-back (makes him sound like a shark or something, doesn’t it?), who enjoyed a positive World Cup.

Maguire’s experience in the Premier League could be key behind this – Toby Alderweireld also – but Mina could be a wise alternative solution assuming that Barcelona are willing to sell, after already knocking back an offer from Lyon.

Barcelona manager already strengthened his defence this summer with the arrival of Clement Lenglet.