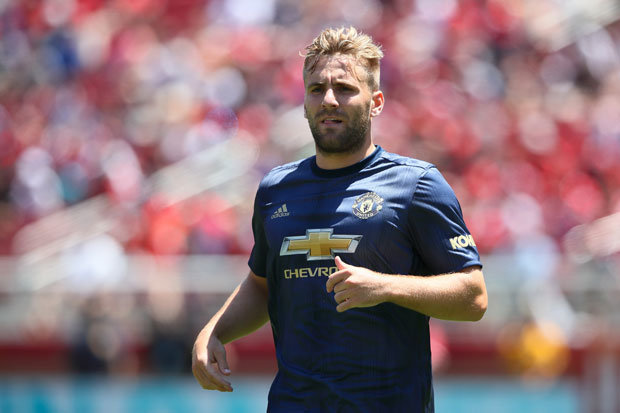 Luke Shaw has said he has never been out of shape as he likened his body build to former Manchester United captain Wayne Rooney, while the English left-back has the backing of Jose Mourinho as he heads into a make-or-break season.

Open and honest interview with Luke Shaw. His side of the story. Well worth your time @ESPNFC https://t.co/slNeu0HL1b

The 23-year-old has struggled to establish himself since Mourinho took charge – making just eight Premier League starts last season – and has fallen down the pecking order behind Ashley Young for both club and country.

Perceived weight issues and a poor diet were rumoured to be possible reasons behind Shaw’s failure to win over Mourinho at Old Trafford, and while we still believe that was the case along with other concerns, the player has defended his physique and insisted he is ready to win a new contract.

“People think because of the way I’m naturally built I’m bigger than I am,” Shaw said. “People can say I’m fat but I know my own body. Of course I always look big because I’m bigger built. You could say a Wayne Rooney type of body.

“But of course I worked hard and not just for them [the critics], I wanted to for myself, get in the best shape and that wasn’t my best shape. It was a good shape to start the season off, the preseason, but now I’m working harder than ever and first game of the season I want to look 10 times better than I did in that picture.

“I’m working towards that and with the games and training we’re doing here. Obviously we’ve got a new fitness coach and he’s working us all hard and that’s what I need.”

Shaw, who does not want to sign a new contract until he earns it, added:

“I guess you’ve just got to take it [criticism] because there is always going to be negative criticism and positive but I think both of them can make you stronger.

And I think I’ve been unlucky because I’ve had a few ups and downs with different managers but I would say I’ve never been out of shape I’ve just, I don’t know, sometimes people don’t think I’m fitter than I am but that’s all in the past.

“And, honestly, I feel really good and I’m raring to go. The minutes are only going to help me become fitter. That’s what I need: minutes and hard work in training.”

Mourinho publicly criticised Shaw on numerous occasions, but the left-back insisted he has the backing of his boss as they prepare for a defining 2018/19 season.

“I spoke with the manager about a week after the holidays. I was in Dubai and he texted me and we had a really good chat, it made me feel really confident about the upcoming season and that’s why I worked really hard. I want to prove to him as well that I can be here, as well in this team,” Shaw said.

The boss gets slated constantly in the press nowadays for his man management with players like Shaw, Anthony Martial and Paul Pogba, so it’s refreshing to hear this from one of those players.

Like every manager, Mourinho wants his players performing at their maximum potential and will take issue with them otherwise. Everyone at United hopes Shaw can get on track and fight for his place in the team again.