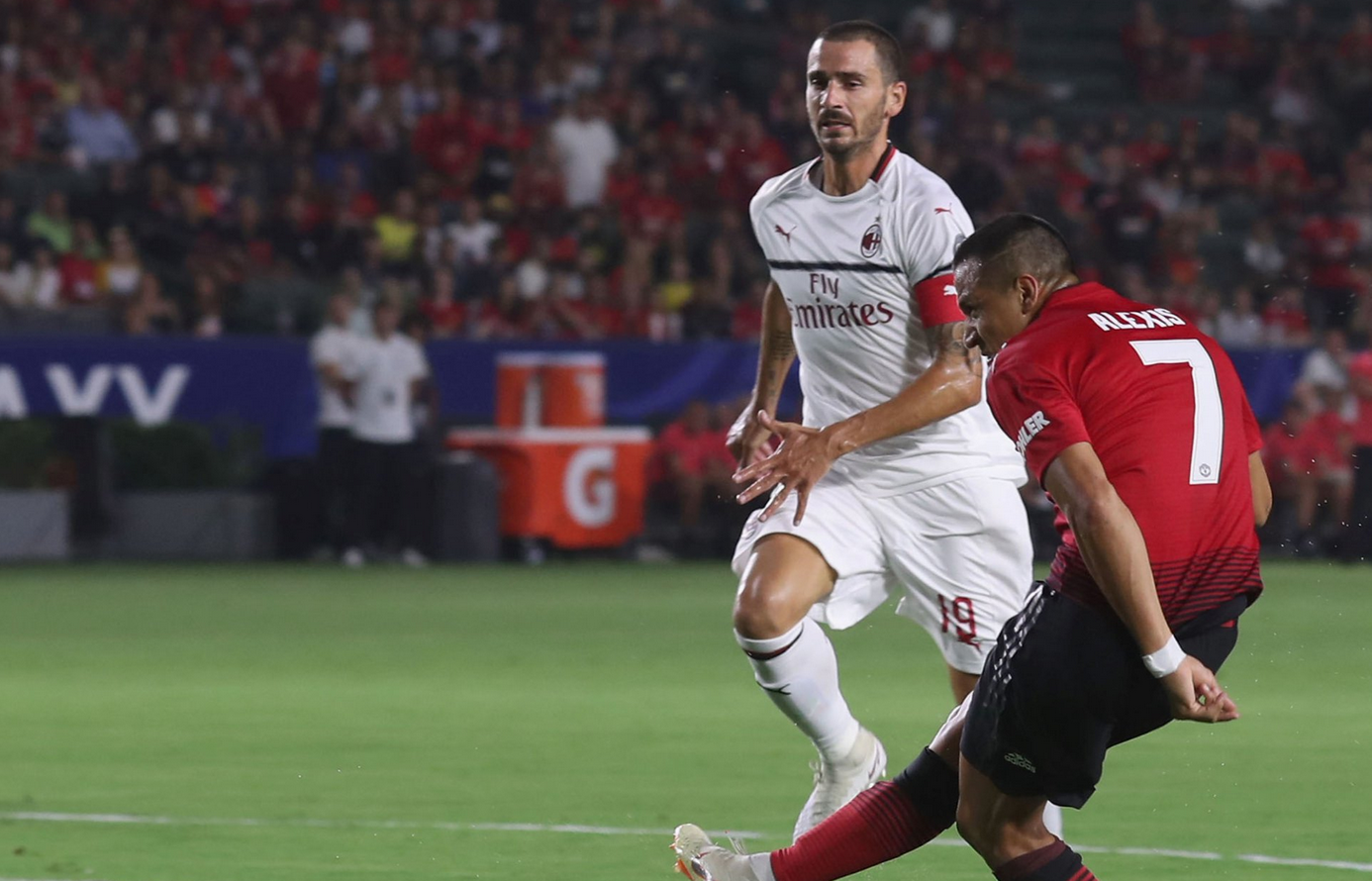 AC Milan and Manchester United couldn’t be separated during normal time, so the game went straight to penalties.

The Reds won 9-8 on penalties in what felt like the longest shoot-out of all-time.

It was a good challenge for the lads in Los Angeles — more of a test than the previous two games — and that should please Jose Mourinho as he prepares his players for the opening game of the Premier League season against Leicester City.

Milan are nothing special, with a few technically gifted players, though if I had to take one player from the Serie A giants it would be Leonardo Bonucci.

Here are our five observations from the game. Remember – next up, Liverpool on Saturday night!

In Anthony Martial’s absence, the Spaniard was asked to play a role behind the striker. This morning that was Alexis Sanchez and the pair linked-up almost immediately with a goal, all through a sublime volleyed through ball from Mata. Injuries permitting, this will be our strike partnership for the Premier League opener against Leicester City. If they can do damage like that against an AC Milan defence containing Leonardo Bonucci, they should be able to cause havoc against most teams in England. It gives manager Jose Mourinho more options, as it’s been reported he wants a back-up striker for Romelu Lukaku.

The defensive duo was part of a back three with Axel Tuanzebe. While the youngster could easily be blamed for not sticking with former Liverpool forward Suso for AC Milan’s preventable equaliser, you’d expect one of Chris Smalling or Eric Bailly to pull him aside or sure up the back given the experience they have in the side. Instead they looked as though they were still in holiday mode. Of course, this is pre-season, but we are drawing closer to the opening game of the Premier League season on August 10, and it’s expected now that they are more up to pace with things. Mourinho needs to invest heavily on a new centre-back. Bonucci anyone? Perhaps that ship has sailed now Milan have been granted access back into the Europa League again after initially being kicked out due to Financial Fair Play regulations.

This United side has been crying out for a midfielder capable of playing forward balls into the channels in order to feed our attacking players. Andreas Pereira did that brilliantly throughout the game from a deep-lying role in midfield, which seemingly came as a result of working closely with Michael Carrick in a coaching capacity. His understanding with Sanchez up top was second to none and, moreover, he didn’t force it if it wasn’t on. Pereira may prove not good enough for United, that much we don’t know, but one thing is certain. He will fight for his place at United and I like that.

Andreas Pereira has had a good tour in Central midfield. Never seen much in him before but is good on the ball and passes incisively. Will be better with more quality and movement ahead of him too.

Ander Herrera has yet to get going on tour. I’m not sure whether that is down to match fitness or something else, but Fred is due to join his team-mates soon after being away with Brazil at the World Cup and he’s likely to force Herrera further down the pecking order. Mourinho would not have set out to bolster his midfield this summer if he was satisfied with the personnel available to him, so I expect more from Herrera with that in mind. It’s still early days.

Put your head up!

Before crossing the ball, take a look to see who is available inside the box. If there’s nothing on, perhaps try hold up play and wait for a team-mate to show themselves. It angered me last season when I noticed Luke Shaw whip in crosses without taking the slightest of glances. He was one of three defenders to get a rollocking from Mourinho during the first-half water break, which was probably down to his work defensively, but going forward he can also look utterly brainless.