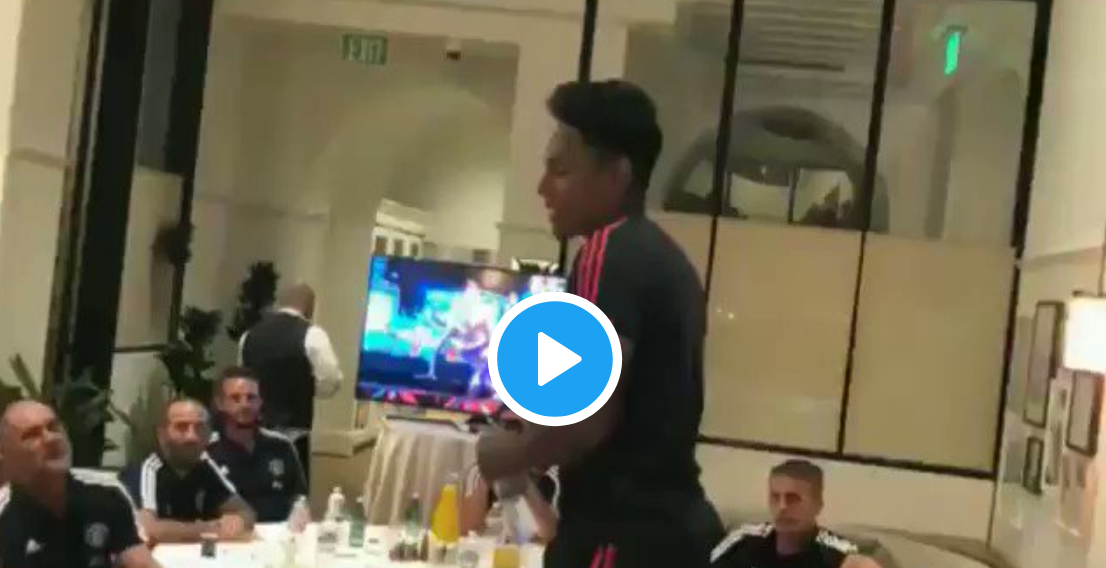 Demetri Mitchell’s initiation has done the rounds on the internet after Angel Gomes uploaded it to his Instagram stories.

And, it’s not your typical initiation where the footballer in question sounds like a crow.

Mitchell stands up in front of his Manchester United team-mates and the coaching staff to sing Drake’s Hold On, We’re Going Home.

READ MORE: Scholes says Man Utd star must use his brain before being considered the best

To be fair, Mitchell does alright. He has a singing voice and it’s possible to appreciate that whether you listen ton Drake or not.

These initiations are great for team morale and chemistry. Tahith Chong took part when the lads first landed in the United States and I’ve no doubt they’ll put Diogo Dalot and Fred to the test at some stage.

A language barrier could prove difficult for Fred, but at least he’s already working towards learning English.

If you look in the background, you’ll see even Jose Mourinho enjoyed Mitchell’s efforts.

Demetri Mitchell singing for his Manchester United initiation on US Tour. [ig]#MUFC pic.twitter.com/9TVlGkir72