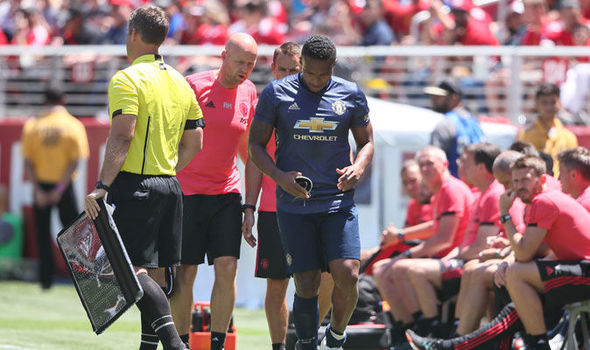 Manchester United have not given fans many reasons to be optimistic ahead of the new season, following two draws against Club America and San Jose Earthquakes.

The Reds begin their 2018 International Champions Cup campaign against AC Milan this week at StubHub Center in California.

Jose Mourinho will demand an improvement from his side, although many of United’s key players are still absent after their World Cup commitments.

MUTV subscribers will be able to watch the match live – kick-off: Thursday, 4.05am.

Anthony Martial will either be looking to put himself in the shop window or trying to convince Mourinho he can still be a success in a Red shirt.

Due to a limited squad, United are likely to continue to give youngsters such as Tahith Chong the chance to shine.

Antonio Valencia picked up a knock to his calf against San Jose but it is not believed to be serious, therefore, the right-back may feature on Thursday morning.

It’s been over eight years since Milan and United met in competitive competition when both sides reached the last 16 of the 2009-10 Champions League. We won 7-2 on aggregate, including a 4-0 home win.

Much has changed since then, and not for the better. Milan are in the Europa League this season and United are no longer regular competitors for Europe’s biggest prize.

Moreover, Milan have failed to finish higher than sixth in Serie A since 2012-13, while the Reds haven’t won the Premier League since Sir Alex Ferguson retired as manager.

Mourinho will want more optimism around his squad before the season begins. A win over Milan would help.