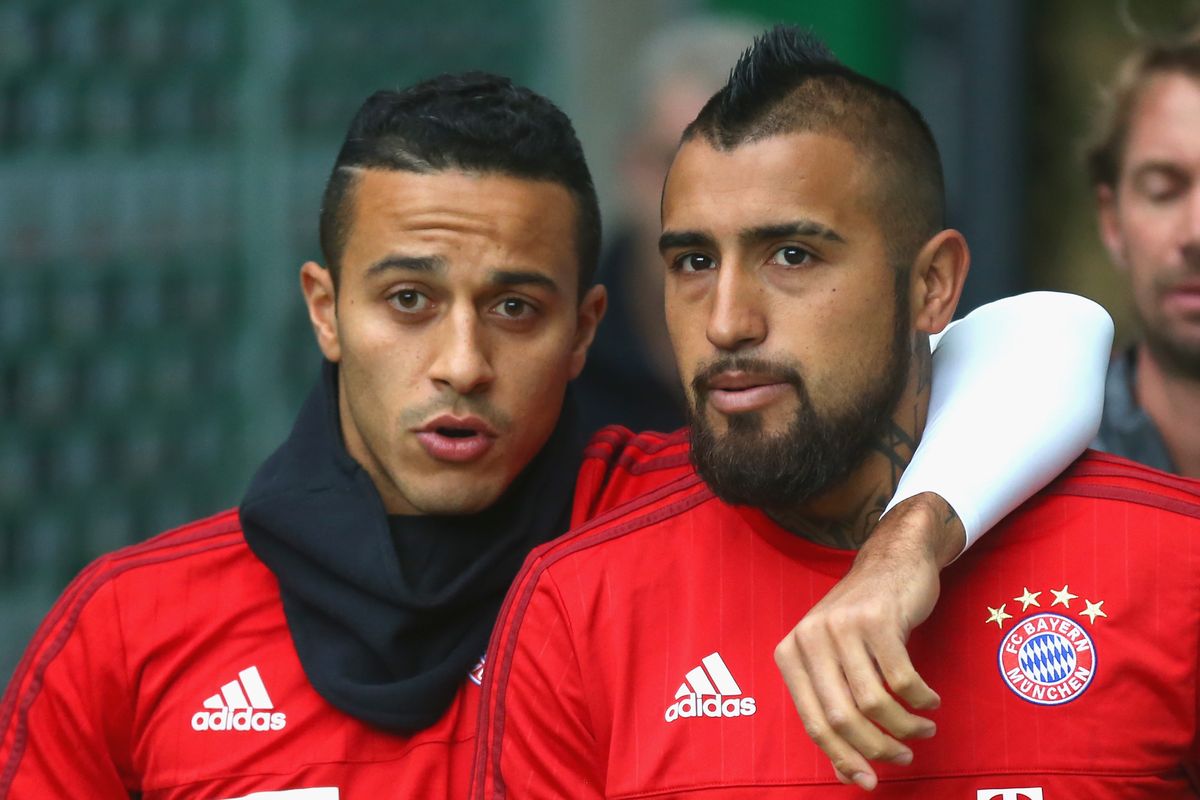 Manchester United and Chelsea have been told they must pay €30 million to land Bayern Munich star Arturo Vidal this summer, a report claims.

The story goes as far to say Vidal’s agent, Fernando Felicevich, has flown into Munich to discuss a potential transfer.

You may recognise the agent’s name as he also represents Alexis Sanchez.

The Chilean was left out of Bayern’s 25-man squad that travelled to the United States on Monday for their pre-season preparations.

It has been claimed that Vidal is seen as surplus to requirements following the arrival of Leon Goretzka from Schalke on a free transfer, yet Jose Mourinho and Maurizio Sarri are seen as admirers.

According to Italian media outlet CalcioMercato, the 31-year-old will be available for around €30 million this summer.

He is out of contract in 2019 but United have also been linked with Bayern team-mate Thiago Alcantara.