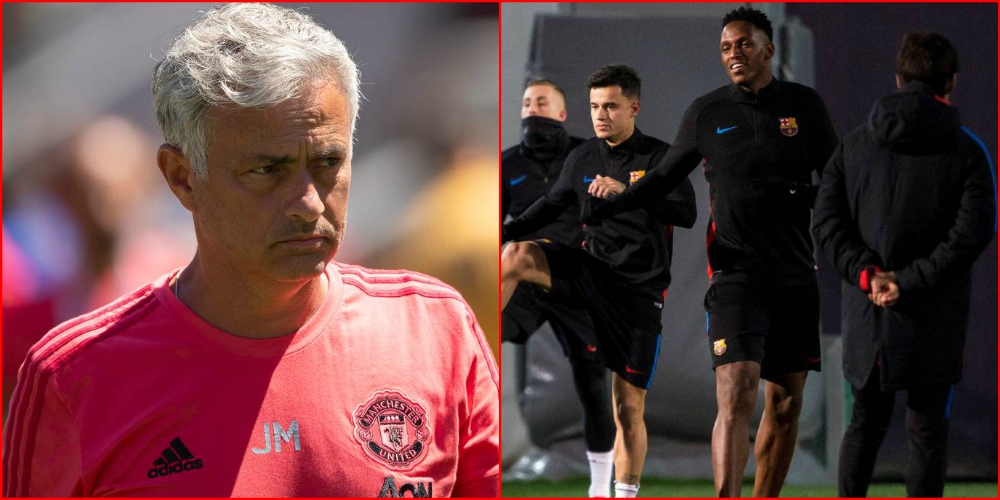 The Colombian joined Barcelona last January but has failed to impress and has not nailed down a place for himself in the first-team.

That said, he had a good World Cup and even scored three goals.

Spanish outlet Sport report that Mina has received an offer from United, with Jose Mourinho keen to sign him in order to bolster his defence.

Everton are also heavily linked with a move for the centre-back, as per the Liverpool Echo, while Barcelona rejected an offer of €30 million from Lyon already this summer.

Mina is expected to hold talks with Barcelona to clarify that he wants to leave and clubs from not just England, but sides in Germany and Italy are also interested in the defender.

This is how United fans reacted to the news on Twitter. It’s clear they aren’t very happy about being linked with Mina.

This club lol. Should just liquidate 😪

Thought Mina had declared he wanted to remain in Spain? 🤔 He’s also not a good defender and more useful in the opposition box than his own.

Dogs r running the club..jose has completely lost it..look at his PC’s..stubborn and arrogant..United will finish out of top 4 just bcoz of jose..

So basically United are being linked with every player under the sun in a mad scramble to get something in by the deadline. Very careful, diligent business planning.