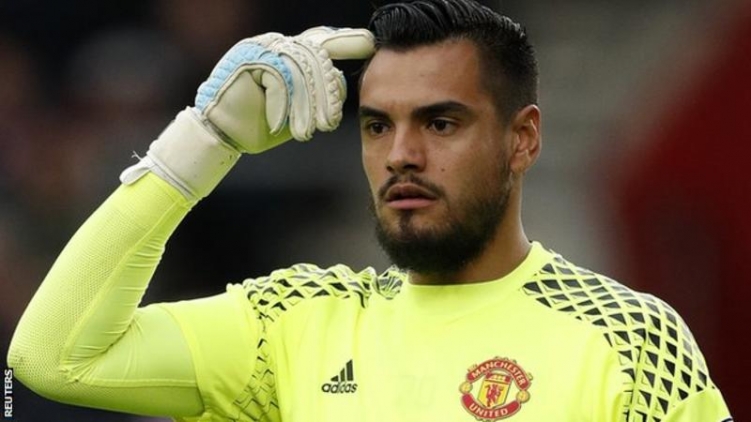 Manchester United are accustomed to transfer speculation regarding keepers between the sticks. Normally, it is Spaniard and undisputed number one David de Gea whose name is subject of intense rumours. However, it is his understudy Sergio Romero who is now being linked with a move away from Old Trafford.

The Argentinian international could not participate in the World Cup in Russia due to injury, with his absence keenly felt with Willy Caballero’s unforgivable howler against eventual finalists and runners up Croatia.

That has not stopped him getting linked with a return to his homeland, in particular Boca Juniors, who remain one of Argentina’s domestic powerhouses. Their president, Daniel Angelici, has been speaking on their prospects of signing a new goalkeeper in an interview we have translated from Spanish MSN:

“We were able to bring in Rulli on loan. We speak with Romero, Caballero and Guzman and all for different reasons. We are on the ground until 10th August and we will see if something appears”.

Romero has established himself as a sure pair of hands whenever he deputises for De Gea, however it would be understandable if he sought first-team football, in order to preserve his status as his national team’s first choice keeper.

With David De Gea’s long-term future all but secured, it could well be time for Romero to move on. A move will surely not be begrudged, Lee Grant has proved in pre-season that his acquisition could well be a shrewd one and it could propel Joel Pereira, who Mourinho raves about, into second choice keeper, with Dean Henderson already loaned and Kieran O’Hara coming through the ranks too.

Mourinho would not openly be looking to offload a keeper of Romero’s quality, it has to be added. It would be more a case of if Romero agitates for a move, Mourinho would, in all likelihood, not stand in his way.

Romero has proved to be a very good free transfer, having gone without a club after leaving Sampdoria in Italy, and a rare positive from the Van Gaal days.

It remains to be seen if there is any substance to this or whether any move will materialise.