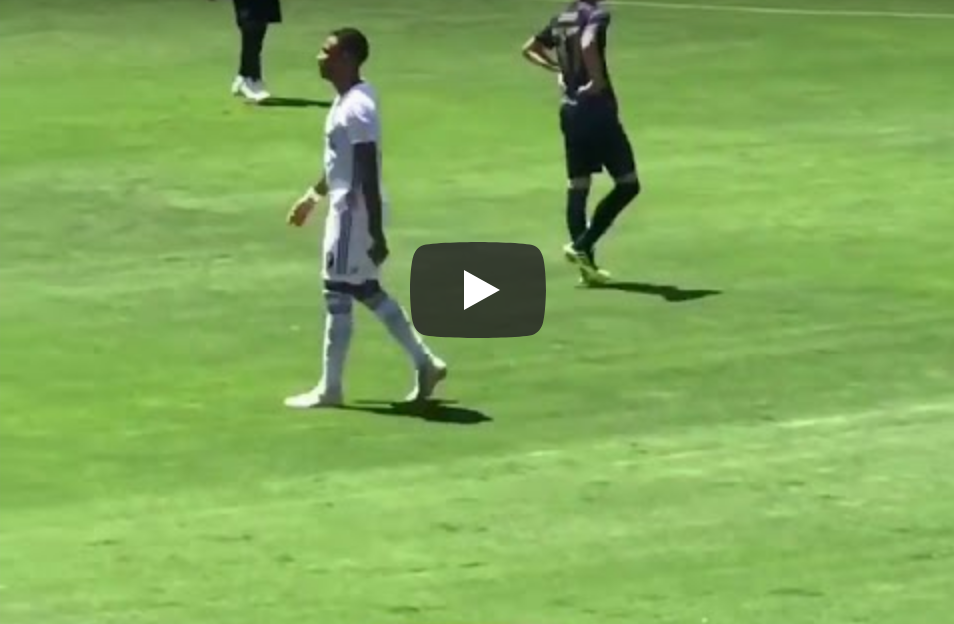 While we all stayed up to watch Manchester United take on San Jose Earthquakes on Sunday night, nobody expected to see a dead bird removed from the pitch. A sad sight for us animal lovers and none of us wanted to be the one to ask what happened…

Now we know. Matteo Darmian was in the process of clearing his line when the ball smashed off the bird, who ended up lifeless on the grass. A surreal incident you wouldn’t usually see at a game but a sad one nonetheless.

One of the San Jose players was granted permission to remove his jersey to pick up the bird before placing it on the side of the pitch. The game stopped but resumed shortly after the field of play was cleared for purpose.

As you can see from the video below, he/she was brave enough to stay on the pitch while a game was taking place.

If this was Darmian’s final game in a United shirt — as reports are constantly written about him returning to Italy — it will forever be remembered, albeit for slightly strange circumstances.

Our thoughts go out to Birdie, the pre-season flyer.