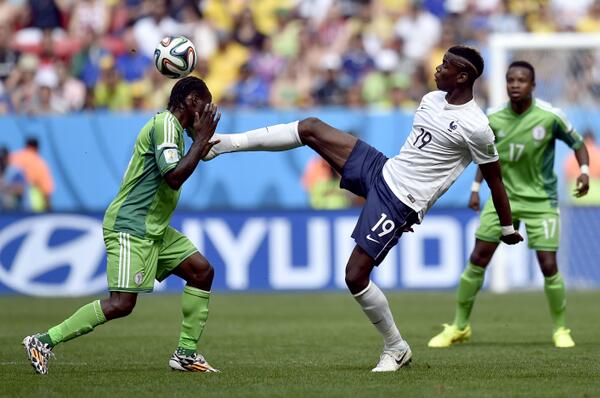 Jose Mourinho has called on Paul Pogba to bring his World Cup form with him to Manchester United.

Pogba, a key part of the French side that won football’s biggest prize in Russia this summer, is currently enjoying a holiday after his impressive displays, but his club manager is hoping that the experience of reaching the summit of world football will show when he performs for United.

That, in a nutshell, is how all United fans will be feeling as we approach the new season. I want to see Pogba lead United to bigger and better things. He knows from the past what it feels like to be successful, but this is different. The World Cup. The fucking World Cup.

READ MORE: Man Utd end Bale pursuit but are not finished shopping in Madrid just yet

“I think the World Cup is the perfect habitat for a player like him to give [their] best,” Mourinho said. “Why? Because it’s closed for a month, where he can only think about football. Where he’s with his team on the training camp, completely isolated from the external world, where they focus just on football, where the dimensions of the game can only motivate. During a season, you can have a big match then a smaller match, then one even smaller, then you can lose your focus, you can lose your concentration, then comes a big match again.”

It is perfectly reasonable for Mourinho to question Pogba in attempt to get the very best out of him next season. The Frenchman made his return from Juventus in 2016 and already has two seasons under his belt and both have been underwhelming because more was expected.

As a World Cup winner, Pogba needs to be the man. The player everyone looks to when in need or out of ideas. He knows what it’s like to win big, so it’s time he rubbed that off on everyone else as we challenge for the Premier League and hope to do better in Europe.

A bit of consistency to his game wouldn’t go astray.