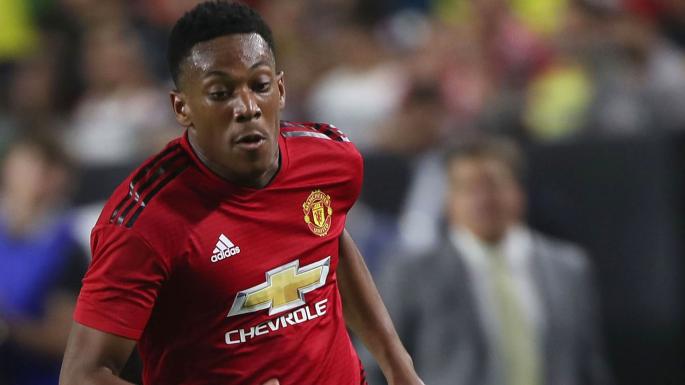 If Maurizio Sarri thinks he’s having a difficult start to life at Chelsea just wait until he has more exchanges with Roman Abramovich.

There are clubs around Europe trying to pick apart his squad but reports this morning suggest his club hierarchy may well have a fine replacement for one potential departure.

The Sunday Times claim that Chelsea are “working on a deal” to bring Anthony Martial to Stamford Bridge. They also suggest that Bundesliga champions Bayern Munich are sniffing round the France international, however, both clubs are reluctant to stretch to United’s £90 million valuation for the 22-year-old.

Another complicated part of the deal is Martial’s contractual situation. United have the right to execute a clause in his contract which would extend it to 2020, which subsequently increases his market value.

The former AS Monaco has had a difficult past year at United due to not meeting the standards set by manager Jose Mourinho and running away seems like the easy way out. Preferably, I’d want a player that aims to prove critics wrong by eating their words. Martial would rather stroll around sulking.

Moreover, the arrival of Alexis Sanchez made matters worse for the Frenchman, but through fault of his own. Alexis should have Martial standing in his way of a starting player – instead, he will leave the Chilean walk all over him. As a fan, I want competition for places. Hunger, determination and drive.

Martial would be an ideal replacement for Eden Hazard should the Belgian leave this summer. First, he needs to get his head in the right place and quit looking for sympathy as a stroppy kid.