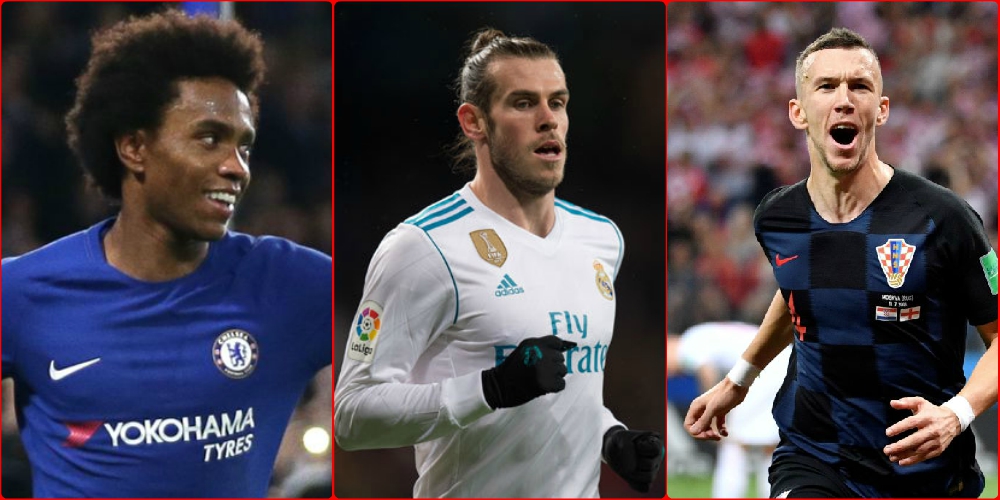 It’s no secret that Manchester United need an extra boost going forward ahead of the new season. Jose Mourinho doesn’t appear to have patience for Anthony Martial, which is a shame, and I have now come to the conclusion that the manager may well be looking for a ready-made option. In other words, a player at his peak.

Some may put their noses up at that idea because United are a club, through long tradition, that has always showed a degree of faith in youngsters. We enjoy seeing young lads come through the academy and develop to the stage that they’re ready for the first team, but while Mourinho has given Scott McTominay opportunities he doesn’t seem as keen on the young wingers currently at the club.

Part of this may well be down to his coaching. Mourinho is not renowned for teaching attacking methods with his players, which ultimately goes against the modern thinking of a football manager. Instead his conservative ways takeover with the belief his attackers should already know what to do in potential goalscoring situations.

And, in a rather negative way, that was telling on the pitch at times last season. Our attacking players often look dumbfound as they approach the opposition’s penalty area, not knowing exactly what approach to take in different circumstances.

I don’t expect that to change next season, although United could do with signing a right-winger to balance out the team and everything less predictable. Too many – if not all – of our attacks go down the left. If we can mix it up, with a dangerous attacking threat on the opposite flank, the Reds can learn to really hurt teams on the counter.

There are three players who spring to mind, so, without further ado, let’s make a qucik assessment on each.

A number of Reds, this summer more than last, have banged on about United’s need to sign Perisic. Don’t we have enough players to play on the left with Alexis Sanchez, Anthony Martial and Marcus Rashford? He’s left-footed and there’s a chance Mourinho could play him on the right as an inverted winger, like a lot of wide forwards these days, but who has seen Perisic do that before? I certainly haven’t as he’s only ever played on the left when I’ve watched him.

Moreover, when you’ve a full-back like Antonio Valencia, who can’t cross his legs, and a striker who thrives on crosses, a natural right-sided player may make more sense.

The Welsh superstar made a name for himself on the left. That night at San Siro was a landmark – the kind where you can put a before and after mark on. Maicon was one of the best full-backs at the time, but the then Tottenham talisman made him look like a schoolboy.

It was only a matter of time before Real Madrid came knocking. The La Liga giants lost out of Neymar, so they went out and made a record-breaking transfer for Neymar.

Bale has won everything at Madrid – including four Champions League titles – so his potential arrival would give everyone at United a lift, but is he a complete right-sided player? No but unlike Perisic, we’ve seen him play on the right, and he’s still one of the best players in the world.

Even at a premium price, I want to see United sign Bale. This team needs a wide player that will get everyone off their seats.

Finally, the third alternative. Mourinho brought Willian to Chelsea and it helps that he already knows exactly how to use the Brazilian international.

Unlike the previous two wingers mentioned, Willian is an out-and-out right winger. He’s direct, he’s quick and he has an eye for goal. The Blues are asking for a lot of money, though, and Mourinho has yet to give Ed Woodward to go-ahead to bid for the player. That is what puzzles me mostly if he really wants the player.

And, it gets complicated when you consider Chelsea won’t want to sell to a domestic rival. Barcelona are interested too, so if he leaves it’s clear they will push for the Nou Camp over Old Trafford.

What is Willian’s preference?

If United don’t buy a right sided winger this window, which would be absolutely negligent, then not making some use of Tanith Chong as an option in that position would be equally negligent.