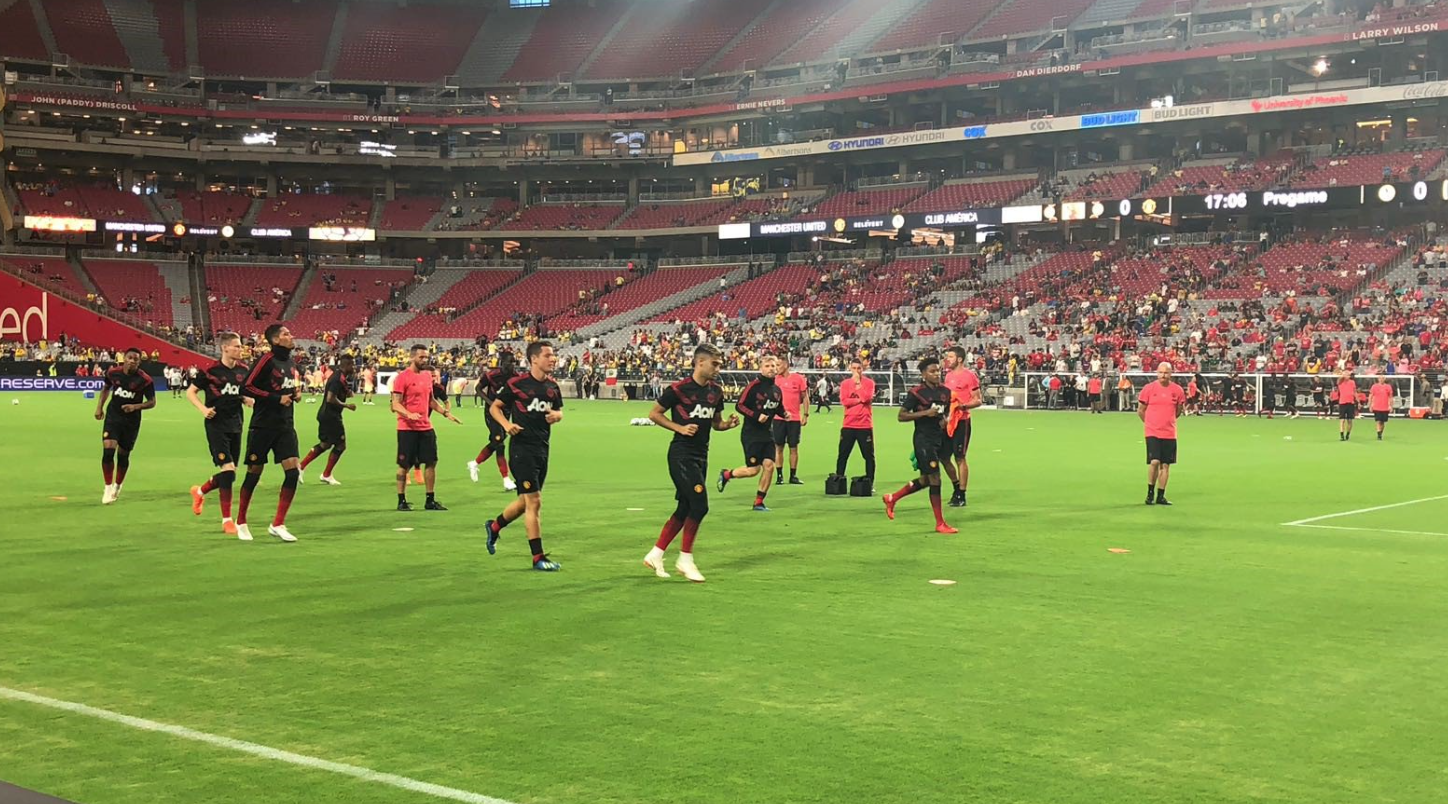 Manchester United started their 2018 pre-season tour of the United States with a 1-1 draw against Club America.

I wouldn’t worry too much about results at this stage. It’s important that every player stays fit and steers clear of injuries. Any setbacks whilst on pre-season will have you behind before the competitive season even begins.

Anyhow, here’s five observations I took from the game. Enjoy and let me know what you think.

Last summer, Jose Mourinho was known to substitute the majority of his players at half-time but that was not the case this time around against Club America. He made a few changes at half-time but gave most of his senior players a lot longer on the pitch. That is more than likely down to missing 15 players and with the new season quickly approaching, the boss wants to make sure the players in contention to feature against Leicester City in our Premier League opener are match ready.

I seem to recall Pereira coming through the youth system and playing a more advanced role but versatile enough to play right across an attacking three. However, since his two loan spells in La Liga, at Granada and Valencia, it looks like he’s further developed his game and can now perform in a deeper midfield role. It’s too early to say whether he’s good enough for United, yet Mourinho will love the options he gives him with midfield selections.

This was to be expected. Club America are at the end of their pre-season tour, whereas we’re only beginning ours. The Mexican side kick-off their competitive season next week, therefore, should be in better shape than our lads. That said, I felt United looked fit which had me wonder… are footballers more conscious of their condition nowadays?

The defence we expect to start the season with

Mourinho started the game with the following back four: Valencia, Smalling, Bailly and Shaw. You could say none performed poorly, but Bailly was the stand-out performer and Shaw had a couple of good moves. It’s not as if the boss has a number of options to select from either, although Fosu-Mensah came on after the interval and did well. Darmian, on the other hand, is unlikely to be at the club by the time we face Leicester.

Hurrah! Mourinho gives some of the young lads a run when many still think he couldn’t care less about our youth structure. Minutes in a pre-season friendly hardly offers a strong counter-argument, but he’s still giving the lads a chance. An immediate observation on Chong is his physicality – you wouldn’t push him around too easily and there’s a bit of fight in him too, which I really like. Moreover, it was Chong’s deadly cross that contributed to Juan Mata’s equaliser. Greenwood and Gomes also got a run.