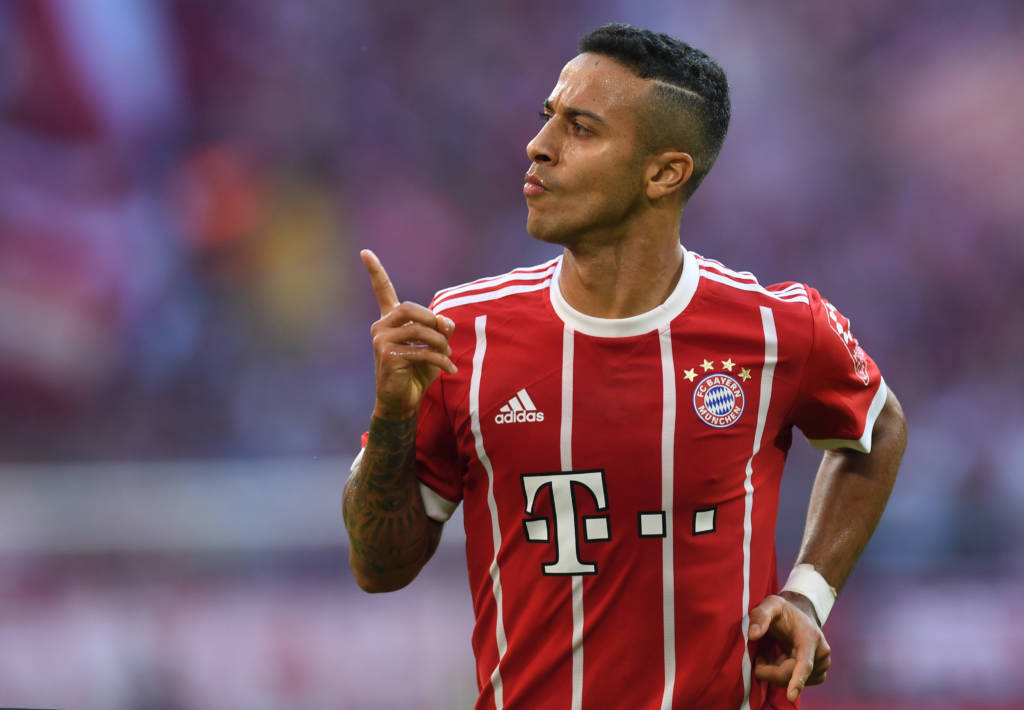 Spain midfielder Thiago Alcantara has yet again appeared on Manchester United’s wishlist – but prefers a return to Barcelona.

On Wednesday morning, I read a piece in Germany’s Bild regards Thiago’s unhappiness at the Allianz Arena and decided to follow it up with a piece on why United must go back in for him and not fail like 2013.

Although it was just a coincidence, I was still shocked to see hours later The Independent run an exclusive linking the Reds with not only Robert Lewandowski but Thiago too.

READ MORE: Has the penny finally dropped with Luke Shaw at Man Utd?

Like I said, it was only a coincidence. Not for one minute can I imagine Ed Woodward inside his office, with his feet up and Stretty News displayed on the desktop monitor. He prefers Club Penguin or Minecraft, which would explain our lack of transfer activity.

Jose Mourinho is reportedly interested in bringing him to Old Trafford.

However, according to AS, it is Thiago’s desire to return to Camp Nou.

Let’s hope the Special One can persuade him to come here rather than there.