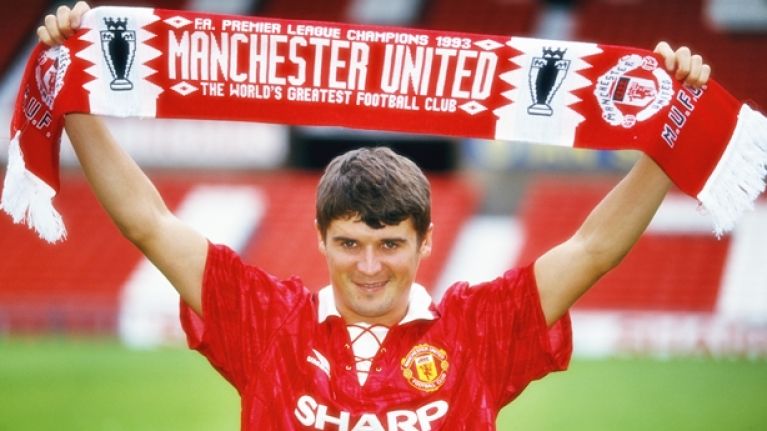 The Cork-man began his career playing for Cobh Ramblers before Brian Clough brought the midfielder to Nottingham Forest.

Alex Ferguson bought Roy from Forest for a reported fee of £3.75 million; a British transfer record at the time.

In addition, Keane scored twice in a 3-0 victory against Sheffield United on his home debut for the club.

Roy took over the captaincy from Eric Cantona at the beginning of the 1997/98 campaign and went on to make 480 appearances for United, scoring 51 goals.

Described by Ferguson as the best he had ever worked with, he won the Premier League seven times, as well as the Champions League, the Intercontinental Cup and four FA Cups.

Further, Keane won 70 caps for the Republic of Ireland.

Upon his departure from United in 2005, he joined Celtic where he helped them to the Scottish Premier League title and the Scottish League Cup.

One of a kind.