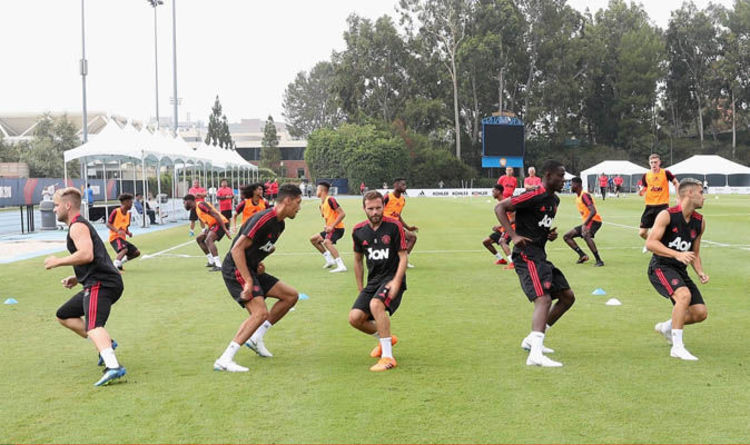 Manchester United completed their first bit of business this summer by wrapping up a deal to sign FC Porto starlet Diogo Dalot.

It is expected that Dalot will come in and work as an understudy to Antonio Valencia for the right-back role, whilst be fighting for a place with return loanee Timothy Fosu-Mensah. Nor must we rule out Axel Tuanzebe’s chances, although there’s a possibility he could return to Aston Villa on loan for the season as they fight for promotion again.

However, the Portuguese teenager is currently enjoyed his first pre-season tour with the Reds. The first game against Club America takes place in the early hours of Friday morning and everybody will be hoping to get a glimpse of our new signing, with Fred on a break following Brazil’s World Cup campaign.

But there are suggestions Dalot may well have confirmed his squad number for the upcoming season, as he’s wearing number 20 in training photos.

Usually, I’d be quick to dismiss this because there is a tendency for clubs to give separate numbers for training, yet Joel Pereira and Andreas Pereira are also pictured wearing their official squad numbers.

Unless their squad numbers have been changed, it looks like Dalot is our new number 20.

The full-back area has been an issue at United for years, so fingers crossed Dalot can make a good impression and be our right-back for years to come.